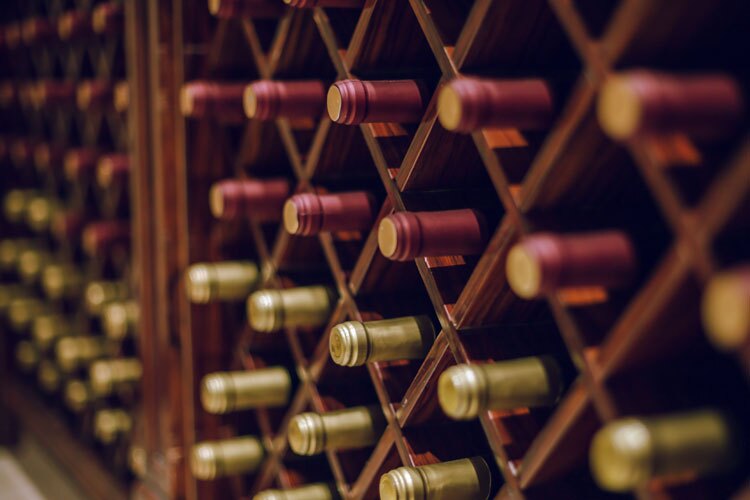 The Chinese do not see wine as one of the necessities of life, but the culture of wine has made and continues to make, an impact on the way the Chinese live.

Chinese alcoholic drinks are made chiefly from grain. Throughout China’s long history, with its large population and long-term reliance on agriculture, fluctuations in the wine trade have been closely related to political, economic, and social conditions.

Indeed, successive ruling dynasties either issued or relaxed restrictions on wine production according to the quality of grain harvests in order to make sure that people had enough to eat.

In some areas, the flourishing of the wine business was not just the outcome of general prosperity in good years, but also encouraged and invigorated the social life of the region.

Traditionally, the wine had three important uses: to perform rituals, to dispel one worries, and to heal. Chinese winemaking can be traced back as far as c. 4000 BC, to the early period of the Neolithic Yangshao Culture. During its long development, Chinese wine has developed distinctive characteristics. Chinese wine is traditionally based on grains, with only a few wines being made from fruit, while in recent years beer has been introduced to China. Currently, the annual beer production of China ranks second in the world.

Wine Was first Produced over 1500+ Years ago

In China, the practice of using grapes to produce wine probably dates back to the Han Dynasty (206-220 BC) or the Three Kingdoms period in the Central Plains (220 BC – 265 AD).

In the early years, grape wine was produced in the same way as rice wine and consumption was limited, although in Xinjiang wine made of grape juice was common.

According to The Record of the Grand Historian, a monumental ancient Chinese history book, in 138 BC, the Han Dynasty envoy Zhang Qian arrived in the western region, seeing “locals make wine in ceramic pots and wealthy people store tens of thousands of kilograms of wine, which could last for scores of years”.

The Xinjiang people had originally acquired grape plantation and wine brewing technology from the Persians.

Grape wine is easier to produce than a rice wine. However, as grapes are seasonal and cannot retain their freshness for long compared to grain, grape wine-making technology was not adopted extensively in ancient China.

The Tang Dynasty (618-907) saw increased interaction between Chinese and foreign cultures. During this particular period of time, wine was a valuable commodity in the Central Plains and there were stores in the capital city of Chang’an offering wine from the western region.

Tang poetry also contributed to the rising popularity of wine. The Tang poet Wang Han composed the following Liangzhou Lines in the eighth century: “They are about to drink / The finest wine from Evening Radiance cups, / When the sudden sounding of the pipa urges them forth. / Don’t scorn them, / They whom drunken fall upon the battlefield: / In ancient days or now, how many return who go to war?”
This often-cited poem recounts a feast of border defense troops in celebration of their victory in a battle. Halfway through the feast, news of renewed enemy invasion broke, and the soldiers immediately set out again.

The pipa (Chinese lute) tunes made the poem sentimental: throughout history, how many soldiers manage to come back alive from the frontier?

More Wine was Produced during the Yuan Dynasty

During the Yuan Dynasty, Mongolian rulers were especially fond of wine. They decreed that wine be used in sacrificial rites at the Royal Ancestral Temple, and ordered the opening of wine yards in Taiyuan of Shanxi and Nanjing of Jiangsu. They even built a wine cellar in the imperial palace.

The Compendium of Materia Medica describes two methods for making wine. One simple method was to “use grape juice for fermenting in the same way as the fermentation of glutinous rice, or use dried crushed grapes if no juice is available”, while the other method was similar to the making of ardent spirits by “using scores of kilograms of grapes and fermenting them with raw starters in a caldron by steaming and then collecting the lively red dews dripping off with a container”.

The wine produced using these methods is certainly not wine in the modern sense of the word.

A historical record dating to between the third and eighth centuries AD describes a method of “crushing grapes by trampling” in ancient Gaochang.  This method is similar to the technique used by some small winemakers in Europe today.

China Introduced Wine from the West

China’s wine production industry did not grow much during the Ming (1368-1644) and Qing (1616-1911) Dynasties. The nation’s industrialized wine production didn’t start until 1892, when a Chinese tycoon Chang Bishi (1841-1916) founded the Changyu Wine production company in Yantai, Shandong.

China then introduced more than a hundred varieties of wine and a vast range of wine-making equipment from Europe and recruited foreign wine specialists. Drawing upon the grape-cultivation and wine-making practices of European chateaux, China produced fifteen varieties of brandy, red wine, and white wine.

In the late 1950s and early 1960s, following the founding of the People’s Republic in 1949, several varieties of grapes for making wine were introduced from Bulgaria, Hungary, and the Soviet Union, and cultured intensively in China.

Today, grape wine yards and grape production bases can be found throughout the country, and wineries are growing in leaps and bounds.

The North China Vine Cultivation Technology Collaboration Conference in 1975 led to a decision to produce wine in Shacheng, Hebei. In light of the international market and the availability of local resources, the top priority was given to the development of dry white wine.

In 1978, China produced its first bottle of dry white wine and began exporting. In 1979, China sent its first wine delegation to the International Organization of Vine and Wine (0W), the first outreach effort of China’s wine industry.

In 2001, China’s wine production, sales revenues, profit, and taxes exceeded those of spirits for the first time.

With the rapid expansion of China’s wine market, wine yards and wine-making facilities have sprung up across the country from the coast of the Bohai Sea and the Yellow Sea in the east and Xinjiang to the west.

High-end products including Grand Cru and Eiswein have also been brought to China. Among the vast array of China wine brands, the most popular are Changyu Cabernet and Great Wall Wine.

Changyu Wine Production Company ushered in China’s industrialized production of wine. In 1905, Changyu completed what was then Asia’s largest underground wine cellar, and in 1914, it officially opened for business.

Using Cabernet Gernischt as the main material, Changyu produced a red wine with a totally different flavor. To give it a stylish, memorable name, then Changyu manager Xu Wangzhi created a transliteration of cabernet – Jie Bay Na, drawing upon the Chinese proverb “All rivers flow into the sea”.;

Changyu Jie Bay Na features a dense aroma reminiscent of pepper and blackcurrant, giving drinkers a “flavor like that of green grass harvested after a rain”. It delivers a sour initial taste and a flavorsome mouth-feel that lingers long after the wine has been swallowed.

Today the Changyu group is the largest wine producer in China, and indeed in Asia, distributing to more than twenty countries and regions around the world.

At present, Great Wall produces more than fifty varieties of wine, including dry red, dry white, and sparkling. Its products are sold throughout China and exported to more than twenty countries and regions around the world.

A New Force in the World Wine Landscape: at the end of the 1990s, China’s wine industry switched its attention from traditional wine to Grand Cru, ushering in a “chateau movement” across the country.

“The ever-expanding high-end consumer market, the growing premium wine yards, and the flow of international wine-making talent to China will create favorable conditions to facilitate the rise of Chinese chateaux. In China, world-class chateaux, like Chateau Changyu AFIP in Beijing, are rising rapidly”.