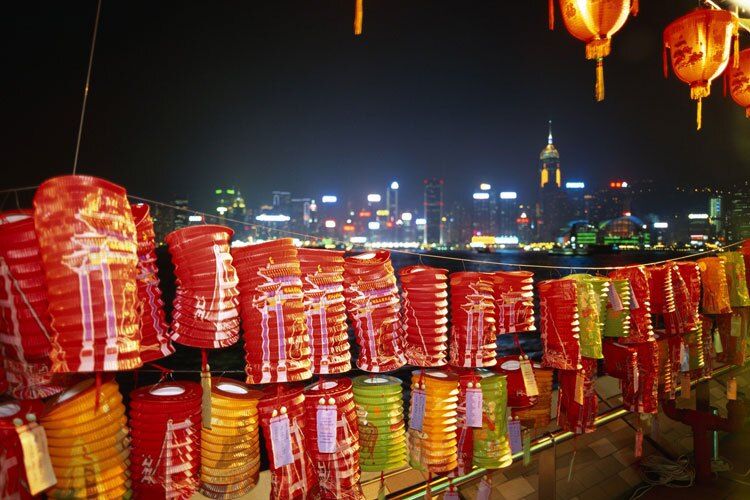 By the time of the Ming (1368-1644) and Qing (1644-1912) dynasties, it became one of the popular traditional festivals, almost as important as the Spring Festival. Influenced by Chinese culture, the Mid-Autumn Festival has also become popular in some other Asian countries, especially for local overseas Chinese.

But how do China's neighbors celebrate the Mid-Autumn Festival? You'll find answers after reading.

The Mid-Autumn Festival is one of the most important traditional festivals in Chinese culture. As the population of Singapore is mostly Chinese, the festival is also a huge thing there. Celebrations in Singapore are similar to those in China, such as hanging up lanterns, eating mooncakes, and appreciating the moon.

Every year at this festival, each residential community convenes a Mid-Autumn Evening Party organized by merchants, at which you can enjoy a variety of mooncakes and participate in fun garden activities, such as dragon- or lion-dance performances, river lanterns, and stilts.

If you would like to feel the atmosphere of the Mid-Autumn Festival in Singapore, Garden By The Bay and Chinatown are great places to visit. There will be decorated with colorful lanterns and beautiful lighting, you can also enjoy some Chinese cultural performances.

Vietnam: Listening to the Legends of Cuội

The Mid-Autumn Festival in Vietnam is known as a Children's Festival. During this period, parents will buy their children various types of lanterns, funny masks, and snacks. It is definitely a carnival for children. Besides gazing at the moon and worship the God of Earth, Vietnamese people have some other special ways to celebrate the Mid-Autumn Festival.

On the night of the celebration day, Vietnamese children will listen to the legend of Cuội and go out for fun with carp-shaped lanterns. This helps them make significant advances in their careers after growing up.

In addition, performing lion dance is also a popular way to celebrate the festival in Vietnam.

The team usually consists of both non-professional children's groups and trained professional groups. They will perform on the streets, going to houses asking for permission to perform for the host. If it is agreed, the "lion" will come in and put on a dance. People believe this is a blessing of luck and fortune for the home. In return, the host will give lucky money to show their gratitude.

The Koreans call Mid-Autumn Festival "Chuseok", a day to sweep the tombs and sacrifice newly harvested grains and fruit to ancestors.

Chuseok is also a day for a family reunion, returning home, visiting relatives, and exchanging gifts with friends. It is one of the most important festivals in Korea. Local people also call this day Korean Thanksgiving.

The most significant tradition at Chuseok is for the whole family to unite at the grandparents' home, to dance, and enjoy the full moon, after worshipping the ancestors. Girls dress up in colorful traditional costumes and play ancient springboard games.

Like mooncakes in China, Korea also has its unique Mid-Autumn Festival food - songpyeon (송편 in Korean). It is a kind of sponge cake. The name songpyeon stems from the use of pine needles because "song" in "songpyeon" means pine tree.

Made of rice flour, songpyeon is shaped like a half-moon, colored with natural ingredients such as mugwort outside and stuffed with sweet fillings like lotus seed paste inside.

The Japanese call the Mid-Autumn Festival "Tsukimi" or "Otsukimi", literally moon-viewing. After moon-watching was introduced from China to Japan more than 1,000 years ago, the locals celebrated with "Moon-Viewing Banquets", while enjoying the bright full moon.

On the day of the Mid-Autumn Festival, thousands of Japanese wear costumes with ethnic characteristics, singing and carrying a shrine to the temple. Children go out to the wild to collect weeds that symbolize good luck and decorate their homes.

At night, the whole family gathers in the yard, presenting fruit and rice dumplings to celebrate the harvest and to honor the autumn moon, and listening to a myth about the moon told by older members of the family.

It is not mooncakes that the Japanese eat at Mid-Autumn Festival, but dango, Japanese dumplings made of polished glutinous rice. They come in different shapes and colors, but the stuffing is mainly bean paste.

Called the "Moon-Praying Festival", the Mid-Autumn Festival in Thailand is tremendously influenced by Chinese folk culture – stalls selling moon cakes, joss sticks, and candles can be found everywhere in Bangkok. Every year on lunar August 15th, families have a reunion dinner and a grand moon-worship ceremony at night.

At Mid-Autumn, Thai people make archways with sugar cane. They gather in front of an archway, light incense and candles, worship the moon, and pray for each other; similar to the folk worship of Chinese people.

During this ceremony, moon cakes, grapefruit, and peaches should be displayed on the Mid-Autumn table as sacrifices to Guanyin Bodhisattva and the Eight Immortals, who according to Thai folklore will bless the world.

At Mid-Autumn, Thai people eat grapefruit, because it is large and round, and symbolizes "reunion". Thailand is also a country with loads of overseas Chinese, especially in Bangkok, so moon cake is also a typical festival food, and the one with durian stuffing is most popular.

Eating moon cakes, appreciating the moon, and parading with lanterns have been Mid-Autumn Festival traditions of Malaysian Chinese passed down through the generations.

As the festival approaches, all kinds of moon cakes are promoted throughout Malaysia. Major shopping malls in Kuala Lumpur establish moon cake counters, with loads of advertisements, creating a festive atmosphere for Mid-Autumn, just like in China.

Besides, people in some places parade with lanterns, and convene dragon- and lion-dances, festoon cars with "Lady Chang'e" and "seven fairies", sing and dance.