Do you know why Nian gao is a must during Chinese New Year? Do you know how to make Nian gao? Reading this article, you will find the answers.

The main color of nian gao is yellow and white. In Chinese culture, yellow symbolizes gold and white symbolizes silver. So nian gao also symbolizes the God of Wealth.

Whether from the point of view of pronunciation or color, nian gao is a lucky food and it sends good wishes for a better year. The history of nian gao is over 2000 years. After the Chinese Calendar established in the Zhou Dynasty (11th century BC - 256 BC), Chinese people began to have the concept of "year". From then on, people offered nian gao as sacrifices to gods and ancestors.

In the Qing Dynasty (1636 – 1912), nian gao developed into a common folk snack eaten all year round, but it is still a special treat for the festival. Within the extensive land of China, types of nian gao vary a lot in different areas. From northern regions and the south nian gao almost seems like entirely different things.

The flavors of nian gao can be divided into two major types: Traditional nian gao is usually made from glutinous rice flour, sugar (or salt), and water. It is very easy!

You can add other food ingredients such as jujube, peanuts, or sesame on the top of nian gao for extra flavoring or decoration.

1. Chinese people usually put some red paper on top of the nian gao. It is a traditional way to show good wishes, so don't be surprised.

2. Don't eat too much at a time as nian gao is made from glutinous rice flour, it is hard to digest.

3. Store nian gao in a dry and cool place. It can be stored for a long time (half a year) in the refrigerator. Just reheat it with a steamer or microwave when you are ready to eat. 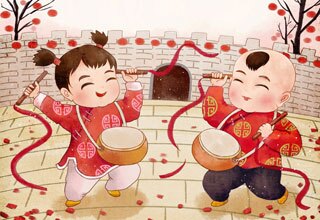 10 Facts You Should Know About Chinese New Year 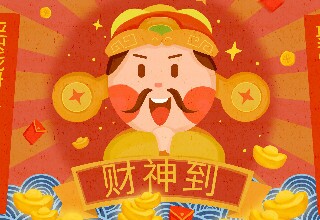 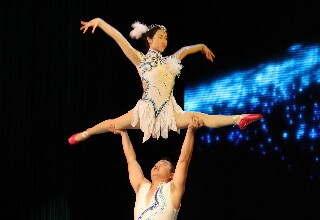