The Spring Rush, or Spring Festival Travel Season, also referred to as "春运 chūn yùn" in Chinese. It is a period of busy travel around Chinese New Year, with extremely heavy traffic. The period usually begins 15 days before Lunar New Year's Day and lasts a total of 40 days.

In these 40 days or so, there are about 3 billion passenger-journeys, which make Chunyun the world's largest annual human migration. Can you imagine how insane it is?

The Spring Rush in 2021 will be from January 28 to March 7, during which train and bus tickets will be in great demand. There are three major reasons for this China-style travel season. The birth of the spring rush mainly came from Chinese tradition.

At the beginning of the lunar year, the Spring Festival is the most important holiday in China. No matter how far from home, it's a long-held tradition for most Chinese to return home from work or study for family reunions on New Year's Eve and to celebrate the New Year together, which means a lot to the whole family. The word "Chunyun" was first coined in the People's Daily newspaper, in 1980.

Since China's reform and opening up in the late 1970s, with the relaxation of restrictions on the flow of people and increasing economic opportunities in big cities, especially on the east coast of China, more and more workers have chosen to leave their hometowns and go out to earn money.

Therefore a very large number of people are employed from rural to urban areas, resulting in massive migration during the Spring Festival, which of course means heading back to their hometowns. The high-speed train is the most popular means of transportation in China, which is fast and convenient and at a reasonable price. These migrant workers have become the major passengers in the festive season. There are two week-long national holiday periods in China, the Spring Festival and National Day (Oct. 1), during which many people choose to travel with families for pleasure or visit relatives and friends.

On the other hand, as the winter holiday goes on during the Spring Festival, college students throughout the country go back to their hometowns in the same period.

Transportation authorities are prepared for the Spring Festival travel rush, as hundreds of millions of Chinese return home or travel around the country, putting huge pressure on the transportation system.

Although China has one of the biggest rail networks in the world, it still cannot fully meet the traffic demands around Chinese New Year. Because of this, safety issues gradually come into focus. Scalpers (票贩子piào fàn zi or 黄牛 huáng niú, lit. "yellow bulls" in Chinese) is a common name for people who profit by specializing in selling tickets at a marked-up price.

Through special connections or by employing a large number of personnel to call and queue up, scalpers obtain many tickets at a time and then sell them at highly inflated prices, aggravating the gap between supply and demand of tickets during the Spring Festival. In addition, they even make counterfeit tickets by altering expired tickets.

In recent years, the Chinese government has noticed the increasingly intense problem of scalped tickets and taken extra steps to combat it. There's still a long way to go, however. With so many people desperate for a ticket, the market for scalpers has been huge around the Spring Festival. To curb this illegal behavior, train tickets were upgraded in late 2009 to accommodate QR codes on tickets, thus enabling personal information to be stored. The QR code would link the ticket with its legal purchaser, paving the way for a real-name system.

Starting with that, a real-name ticket purchasing system has been implemented since 2010, which requires passengers to present a valid ID when purchasing a train ticket and then to show the same ID when checking in for a train.

In some ways, the real-name system plays a role in combating the illegal re-sale of tickets during the spring rush, and it has at least taken some of the misery out of the travel period.

How to Buy Train Tickets in China? In an effort to allay the high demand for tickets, the Chinese government has implemented different railway booking methods – requiring valid IDs of course.

Note: there's no English on China's official train ticket website, but you could click China Train Ticket Service and How to book China train tickets to know more in detail. 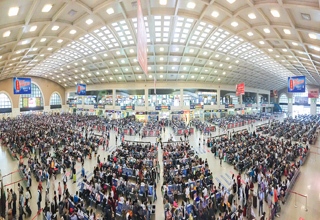 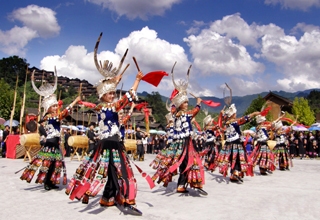