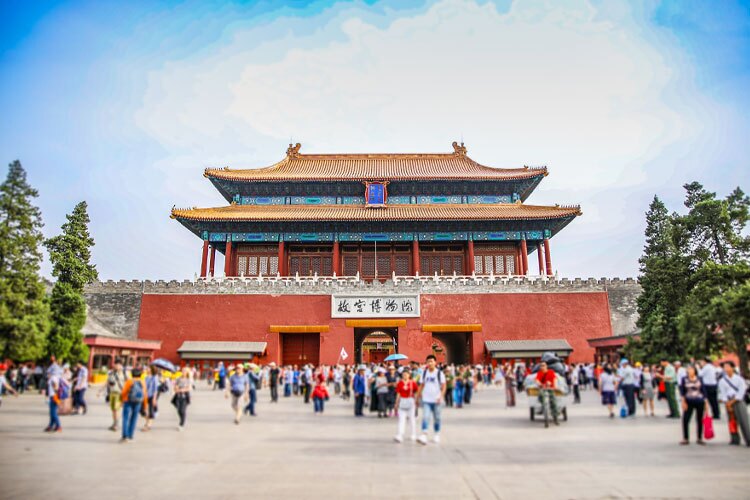 With a long history of over 600 years, the Forbidden City (故宫 Gugong in Chinese), was the home of Chinese last 24 emperors during the Ming and Qing dynasties. It is internationally recognized as the top one of the top five ancient palatial complexes in the entire world.

The other four are the Palace of Versailles in France, Buckingham Palace in the UK, the White House in the US, and the Kremlin in Russia. The City represents some of the greatest technical and artistic achievements in China.

The Forbidden City was listed by UNESCO as a “World Cultural Heritage” in 1987. With its treasures and secrets, it has for centuries attracted an endless stream of admirers.

It took 14 years (from 1406 to 1420) to build the Forbidden City. In the history of more than 600 years since its construction, this complex has experienced several ups and downs, including but not limited to the three great fires and reconstructions in the Ming dynasty, the destruction of war in the late Qing dynasty, the protection of cultural relics in the Republic of China and the development of modern museums… more about history

Why Is It Called the “Forbidden City”?

Over the centuries, the Forbidden City has been home to 24 emperors and their households.

Citizens were not allowed to enter the palace without permission, hence the name “Forbidden City”. Residents of the palace also could not simply leave at will. After arrival, many of the emperors’ wives and servants never again stepped outside the palace grounds.

The Chinese name of the palace is full of mystery. Zijin Cheng (紫禁城), literally means "Purple Forbidden City", though the "purple" [zi] here does not really refer to the color (all things imperial are more commonly associated with the color yellow) but to the name for the North Star, Polaris.

This "pole star" is the brightest star in the constellation of Ursa Minor ("the Lesser Bear") and is the abode of the Celestial Emperor in Chinese Astro-mythology.

The layout of the Forbidden City

It is surrounded by a 10-meter-high, 3,400-meter-long city wall and a 52-meter-wide moat outside the wall, forming a strongly fortified rectangular castle.

With a gate at each side – east, west, south, and north – the city consists of two parts: the Outer Court (the southern section) and the Inner Palace (the northern section).

The Hall of Supreme Harmony

These three halls, at the front or entrance of the palace complex, served as venues for official ceremonies, each ceremony to be observed in the hall most befitting its significance.

Lesser auxiliary halls were situated adjacent to each of these three main halls.

The architecture in the Outer Court symbolizes the supremacy of the emperor, while most of the buildings in the Inner Palace (内廷, 后宫) retain instead the flavor of the emperor’s family life.

In addition, the Inner Palace comprises numerous “everyday buildings” where the emperor conducted his daily business affairs and where the emperor and his large, extended family lived more or less in private, except for the presence of servants.

These include the 6 east-wing palaces and the 6 west-wing palaces, which – apart from rooms that were reserved for work – included rooms that served as living quarters for the imperial family: the emperor, empresses, and concubines.

Click Highlights of the Forbidden City to know the essence of classical Chinese architecture.

Want to find out more about the history of China? Go to Beijing. Want to know more about Beijing? Don’t miss the Forbidden City!
Please see our popular trips and experiences for exploring this ancient wonder:

We have developed some special activities in Beijing, including the discovery of a mysterious place for experiencing traditional Chinese folk art, like paper-cutting. Contact us if you want to add these activities to your itinerary.