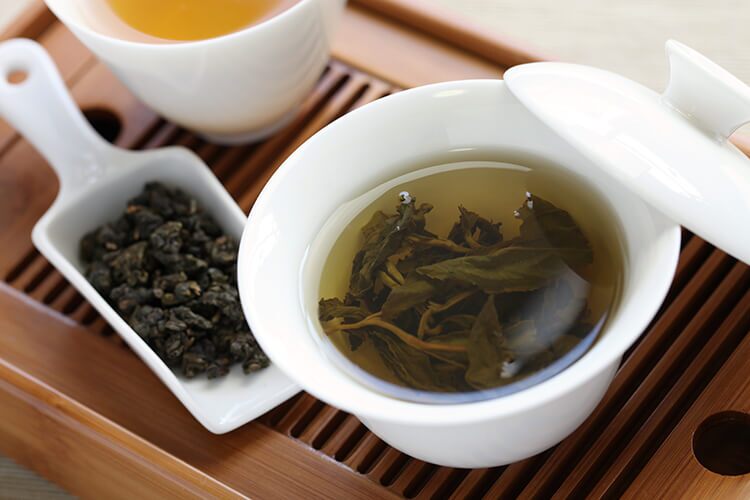 Tea is a simple beverage, and one that has long been central to the lives of millions of people, originally in the East, and now virtually worldwide. It is said to aid meditation and self-reflection and to induce tranquillity, even perhaps inspiring imagination.

Thus it is said that green tea, simple and light, stands for the scholasticism of south China; black tea, mild and reserved, is regarded as rather ladylike; Oolong tea, warm and persistent, resembles the perseverance of philosophers, dark tea, with its lingering aftertaste, symbolizes the wisdom of the elderly, and so on and so forth.

China, the homeland of tea, is a leading producer and consumer, and the discovery and usage of tea have a history of four or five thousand years. Tea developed from the earliest fresh-boiled tea taken as a kind of soup, to later dried-and-preserved teas, and from simple green tea to the blending of six major kinds of tea.

Drinking tea first started to become popular in the Tang (618-907) and Song (960-1279) Dynasties, and has continued into contemporary times. The flavor of tea, which may be drunk weak or strong, contains both bitter and sweet elements.

The origin of tea is lost among history and legend. What can be roughly confirmed is that tea originated in the southwest of China. In Yunnan, and elsewhere, there are still some wild tea trees that are over 1,000 years old.

It is said that the first person to discover the effects of tea was Sheng Nong –the father of agriculture and herbal medicine in China.

In time immemorial, people knew very little about plants. In order to find out which plants could be eaten safely, Shen Nong tasted various kinds of plants to test them as food or medicine. After he had eaten the plants, Shen Nong observed their reactions in his stomach – he is reputed to have had a “transparent stomach”!

How Did the Ancient Chinese Drink Tea?

By the Zhou Dynasty (1046-256 BC), the function of tea to refresh the body and clear the mind had gradually replaced its function as medicine. People started drying the leaves to preserve tea. When they made tea, they put the leaves into a pot and made a kind of thick soup.

In the Han Dynasties (206 BC-AD 220), both the collecting and processing of wild tea leaves were improved. Tea became a tasty drink and was very popular amongst the nobility.

In the Wei Period (220-265) and Jin Dynasties (265-420), tea came to be the drink of banquets and lubricated philosophical and metaphysical discussions. Tea's "freshness and purity" came to be referred to as the "violence and intoxication" of wine.

The Relationship between Tea and Wine

In fact, the relationship between tea and wine has always been subtle. Wine drinking is appropriate for a joyous occasion; while tea drinking is best suited to tranquillity. These two drinks differ in many aspects, but they are also the best partners because tea can counter the effects of drunkenness.

In later times, the opposing aspects of tea and wine were reflected in a dialogue between them in a book called On Tea and Wine.

After steaming, the tea leaves were ground, made into cakes, and then dried and sealed for storage.

Before the Tang, tea was known by many names, one of these being a Chinese character meaning “bitter”.

It was also in the Tang Dynasty that teahouses in their true sense came into being, and in some big cities, there were also tea shops, which stored large amounts of tea leaves and prepared tea for their customers. Poems and articles dedicated to tea also appeared, and poets such as Lu Tong and Bai Juyi all wrote about tea.

Furthermore, the Tang Dynasty also saw the first definitive publication about tea –The Book of Tea, which was the first of its kind in the world.

This book which contained a comprehensive summary of all aspects of the culture of tea including medicinal uses, picking, tea making, cooking, and utensils was then a complete synthesis of knowledge about tea. Its author, Lu Yu (733-c.804), was consequently dubbed the “Saint of Tea” by later generations.

During this period, tea became the most popular commodity in foreign trade, and Japanese Buddhists brought tea leaves back from China to Japan. For the sake of easier transportation, tea leaves were made into bricks, from which convenient pieces could be broken off to prepare tea.

The Song Dynasty was a golden age for tea, and the teahouse played a prominent role. The calligrapher Cai Xiang (1012-1067) wrote Record of Tea and Emperor Huizong, Zhao Ji (1082-1135) wrote General Remarks on Tea.

Then, in the Ming Dynasty (1368-1644), tea culture, which had been set back by Mongolians, underwent a renaissance with the familiar dark tea, green tea, and Oolong tea all developed during this time.

Zhu Yuanzhang (reigned 1368-1398), the first Ming Emperor, oversaw a change from roll tea to lose tea, and this tradition has been retained ever since.

As their understanding of tea improved, people were no longer content to harvest tea from the wild, but began to plant and cultivate tea trees, while at the same time processing techniques were improving, with different methods producing the six major types of tea.

There are also detailed requirements of the drinkers. Meanwhile, with the popularization of tea, people in different regions and of different nationalities developed their own unique customs of taking tea.

In Guangdong, for example, people like drinking morning tea, in Fujian they prefer Kongfu tea, Hunan has Lei tea, Sichuan people love “covered-bowl tea”, while people of the Bai nationality treat their guests with “Three-Course Tea”. Tibetan people prefer buttered tea and those from Inner Mongolia like milk tea.

Many traditional Chinese families drink tea after dinner or when greeting visitors. This is not only a healthy habit but also reflects rich culture and history. Chinese people can chat with a friend for a whole afternoon over a pot of good tea.

Experience Tea Culture with Us

High-quality tea is produced in many places in southern and central China. If you want to taste fresh Chinese tea and chat with Chinese people to gain a deeper understanding of the country, choose a trip from the Top 10 China Tours and ask your local guides to lead you to the best tea shops along your itinerary.