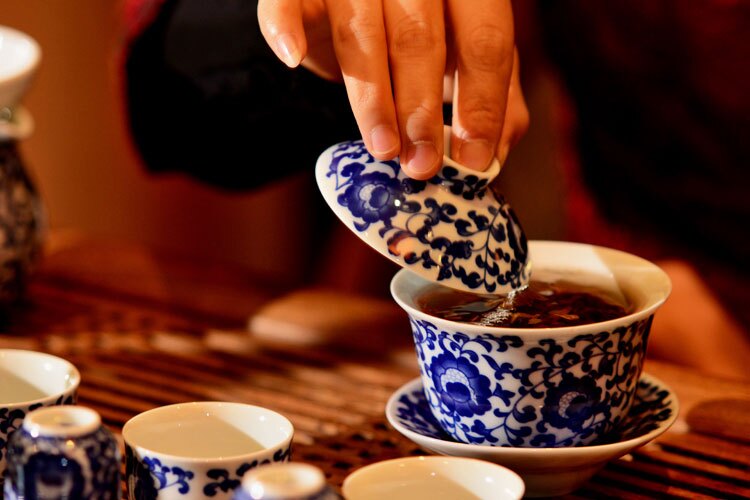 History of Tea Drinking in China

Tea plays a vital role in Chinese life since ancient times. Chinese Tea has existed for more than 5000 thousand years. It was said that tea was discovered by accident.

According to legend, an early emperor Shen Nong in the early ancient time discovered tea fortuitously. The emperor thought it can prevent people from diseases by drinking boiled water. So servants boiled water for Shen Nong. One day, when his servants boiled the water for the emperor on the way to a long-distance region, a leave fell into the water. The emperor was quite interested in the mixture of water, and he drank it and discovered the fresh tea.

However, there was a record dating back to the Zhou Dynasty (1046-256 BC) about the usage of tea in a Chinese dictionary-The Erya. China was the first country to discover tea in the world. Tea was used as a medicine to make people stay awake at the beginning. Tea was still used as a medicine functional plant in Han Dynasty (206B.C.-220A.D.)

Tea Drinking During the Sui and Tang Dynasties

Tea was evolved into a beverage from a medicinal plant in Sui and Tang Dynasties. To drink tea spread into more people’s life in Sui Dynasty. It became one of the trade products to the neighboring Mongolian country.

According to Cha Jing (an early book about tea) written by Lu Yu (a writer who lived in Tang Dynasty), the tea plant and the process of tea were recorded in detail. It is said that tea had widely spread and it had become one of the irreplaceable drinks in people’s life. The book also recorded the history of tea before Tang Dynasty and described the types of tea.

Brick tea was the main style of the tea in Tang Dynasty. Tea leaves were made into cake forms. In order to make the hot drink, brick tea was put into the boiling water in kettles to cook for some time.

Tea Drink During the Song Dynasty

Song Dynasty (690-1279 A.D.) is another important period for the development of tea. More tea species appeared in Song Dynasty. The requirement of tea was stricter and stricter at the time. Tea connoisseurs even held competitions to judge the quality of tea including the tea leaves, water, and the mixture. Books, poems, and paintings about tea were popular in the whole country which promoted the tea trade between Central Plains (the middle and lower reaches of the Yellow River) and the outside of the great wall. The country benefited a lot from the tea taxes which started in Tang Dynasty

The number of social tea houses increased rapidly in Song Dynasty. Tea culture was formed day by day. Tea became people’s essential drink in daily life. People still made the tea leaves into the brick tea. It is said that the Japanese tea ceremony was originated in the tea in Song Dynasty.

Tea Drink During the Ming and Qing Dynasties

Tea had reached folklife and be widely loved by all levels of people. And the government allowed people to plant tea trees freely. There were more categories of tea including green tea, flower tea, oolong tea, and black tea in the Ming and Qing Dynasties. The making process of tea had been improved and it also influenced the drinking styles of tea.

People also paid attention to the exquisite teapots. Yixing Purple Clay Teapots were the most popular teapots during this period which had formed a new art of the teapots. Tea houses were located everywhere in the street. The number of tea works including books, poets, paintings of tea was the biggest in all the dynasties.

A large abundance of tea trades carried on bringing benefits for the government. The government made tea business with a lot of foreign countries such as African and Asian countries and European countries including the Britain and Dutch.

Tea has become one of Chinese specific drinks in the world. A large number of teas are exported to foreign countries. Tea shops and Tea houses in the street are easily found in China. Chinese tea culture and arts attract a lot of people. It is irreplaceable in Chinese life.