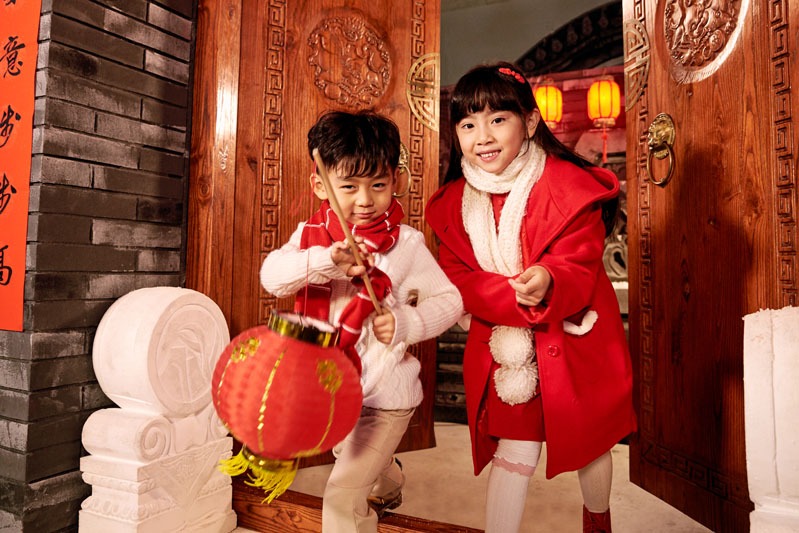 What do Chinese people wear for the new year and why? Read on to find out more about Chinese New Year clothes.

When to Wear New Clothes?

Chinese people usually shop for new clothes weeks before the Spring Festival and wear the new clothes on the first day of the Chinese New Year.

Wearing new clothes on the first day of the Chinese New Year is a traditional custom for festivity.

Why Wear New Clothes for the New Year?

Wearing new year's clothes has long been a tradition of the Spring Festival.

In ancient times when in the absence of material resources, people cannot afford to make new clothes often. After a year of hard work, people would make new suits or clothes for themselves to welcome the new year.

Wearing new clothes on the first day of the Chinese New Year saying goodbye to the old and welcoming the new. It is a part of the celebration.

Today, new year clothes have new significance. It is not only the inheritance and development of traditional culture but also represents the pursuit of higher quality of life and the recognition of aesthetic value.

What to Wear for the Chinese New Year?

There are no specific standards for what type or style of new clothes to wear during Chinese New Year, anything you like will do.

People usually wear new clothes with red color during Chinese New Year. In Chinese culture, red is considered an auspicious color. It symbolizes happiness, passion, and good fortune. That is why Chinese people wear red clothes or accessories during the festival.

People believe that wearing red clothes during the Spring Festival has the effect of warding off evil spirits and bringing good luck. Red is an especially lucky color for you in your zodiac year.

A complete traditional Han clothes dress includes a long robe, a jacket, and a skirt. With its beautiful colors and designs, Hanfu is a popular choice for new year's clothes.

3. Cheongsams (Qipao): The cheongsam, also known as a qipao, originated from the Manchu clothes. The dress features a straight collar, coiled buttons, and a tight-fitting design.

Cheongsams are normally made of silk or cotton. They are not only a popular type of clothes for festive celebrations such as the Chinese New Year but also one of the most popular Chinese attire in the world today.

Interesting Articles You May Want to Read