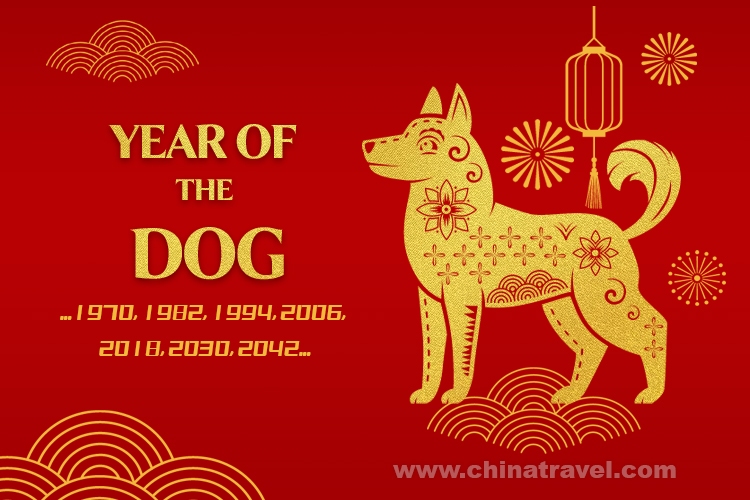 Year of the Dog

According to Chinese culture, the dog is a sign of loyalty and prosperity. The Chinese believe the arrival of a dog to one's house means the arrival of wealth. Hence, people born in the year of the dog are believed to have these personality traits.

Chinese zodiac years are based on the Chinese lunar calendar which is around one or two months later than the Gregorian calendar.

In Chinese element theory, each zodiac sign is associated with one of the five elements: Gold (Metal), Wood, Water, Fire, or Earth. The most recent dog year is 2018. It is the year of the Earth Dog.

See below the lucky numbers and colors for dogs. Follow these lucky things and avoid these unlucky ones for you, and you will have a prosperous life.

Dogs are loyal, courageous, and firm. They have a strong sense of justice. Although they may be not so good at expressing themselves, they are willing to dedicate themselves to the person in their hearts.

Dogs are loyal and kind. They dedicate themselves to their families and work very hard at their workplaces. They are usually the best employees in companies.

However, dog people often lack their own opinion when dealing with complex things. They are inclined to be blind. It is easy for them to drift with the tide if they don't have scientific guidance.

Each Chinese zodiac sign can be best or worst matched with other zodiac signs due to its personality traits. The best matches for the dog are the zodiac Tiger and Horse, while the worst match is the zodiac Rooster.

Dog people and tiger people have similar personalities and could make a satisfying match if they have similar preferences. The tiger and dog can cooperate well with each other at work. If you have a dog partner, you will get a fortune easily.

Drawing on the dog’s independence and sincerity, the energetic horse people would fall in love with the glamorous dogs at first sight. Dog people and horse people will work for the same goals and offer support to each other.

Roosters are not compatible with dogs as they have quite different natures. Relationships between Roosters and Dogs will be full of tension and end in arguments. They fight often and can't compromise.

The fortune for dog people is average in 2023. They will obtain some achievements in their careers but there are also many ups and downs.

Dogs' fortune in career depends on the kind of work they are engaging in. Dogs who are engaging in creative work such as designing will make great achievements in 2023, while dogs who are doing their own business may see many twists and turns in 2023.

Dogs who are doing creative work will have a very prosperous year in 2023 in their career. They may have the chance for promotion in their workplace and see an increase in salaries. While dogs who run their own business may not be so lucky this year, they will see many hardships in their business.

The relationship is the biggest challenge for dogs in 2023. It is hard for single dogs to meet their beloved ones this year. For married dogs, your relationship with your partners may not be as sweet as before.

Dogs, your health fortune is not so good in 2023. The chance for you to get hurt in road accidents is a bit high, so be careful when driving on roads.

Famous People Born in the Year of the Dog

Listed below are all the 12 zodiac animals with detailed information, check out which animal sign you belong to and get lucky in 2023!