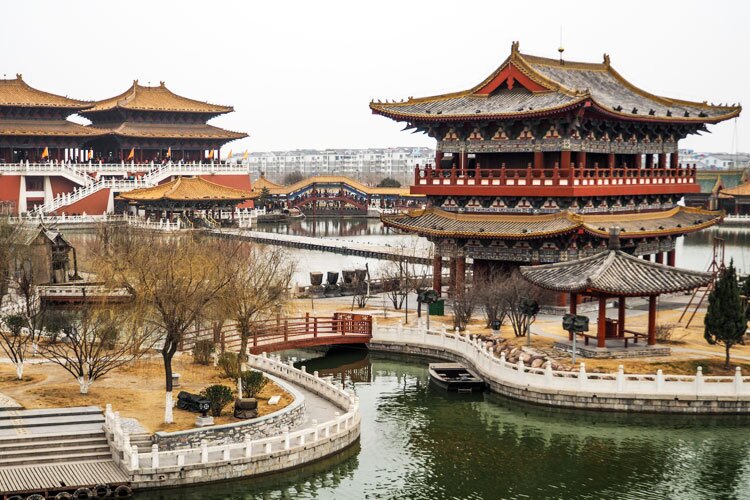 If you had a chance to go back and visit former times, which dynasty would you like to visit the most?

Mr. Liu Dong of Tsinghua University is a fan of the Song dynasty. According to him，his favorite time-travel destination would be 10th-century Kaifeng (in Henan province), the Song-dynasty capital of China. "It's always been my dream to witness that peak period of Chinese culture," he said.

Why would the Song dynasty be so attractive? One reason is that prosperity contributed to the rich and colorful lives of the people. Also, people had more freedom in the Song Dynasty than in other dynasties.

Follow me, and you'll soon see the charm of the Song through your own eyes.

What are the Basic Things You Should Know bout Song Dynasty?

Before we start the trip, there are some things you definitely need to know, like the time-range of the Song dynasty and the scope of China's territory in those days, as well as how to acclimatize during your stay, including information on currency, science, lifestyle and so on.

Generally speaking, China in the Song dynasty was a country with small dominion but huge prosperity. The book A Global History explains that at that time, though it failed at first to recover its frontier provinces on the political front, it nevertheless reached an undeniable peak on the civilization front.

This small empire, with a history of just over 300 years, still surprises today's generation with its significant achievements economically, technologically, and culturally.

Later, in 1125, the empire was ruined after being invaded by Jinguo, a country at its north, whose people occupied its northeast area. Then those loyal to the original Song dynasty moved south and started the Southern Song dynasty, with Hangzhou as its capital, and Zhao Gou as its first emperor.

In its final days, the Song empire fought a war with the Yuan empire. The city Lin'an was occupied by enemy troops, and soon afterward the Song dynasty came to an end.

During the dynasty, China owned only a relatively small area of land, about 1/3 of today's size. Because of frequent fights with neighbors, its boundaries often changed. During the days of the Northern Song dynasty, its area increased to about 280 thousand square kilometers. But then when the southern dynasty began, this figure was reduced to around 200 thousand square kilometers.

The Song dynasty witnessed great progress in China's agriculture, handicraft industry, and commerce, so if you're interested in finding a job during your time travel, don't worry, for there will be plenty of career opportunities for you.

High GDP Angus Maddison, a British economic historian, has calculated that according to standards of 1990, the per capita GDP of China around 960 AD (when Zhao Kuangyin founded the Northern Song empire) would be between $450 and $600. At the same time, the figure in Europe was about $422.

Commodity Economy Among these three industries – agriculture, handicrafts, and commerce – the development of commerce in the Song period was especially significant and even pushed China's feudal commodity economy to its climax.

Traditionally, Chinese people treated agriculture as much more important than commerce, but driven by the benefits of the latter, they changed their attitudes and gradually stopped feeling ashamed of running a business.

Soon, not only ordinary people but also bureaucrats and royalty joined the marketplace. During this period businessmen were respected, with a position only slightly lower than that of those who worked for the emperor. So, if you want to set up your company in Song times, just do it, because no one will look down on you for that.

Currency Back in the Song dynasty, today's US dollars won't be any use in the marketplace, but gold, silver, and jewelry will be accepted at the pawnshop in exchange for coins or "jiaozi", which was the earliest paper money in the world.

At that time, the major currency in Sichuan province was made of iron and was too heavy to carry, so by the end of the 19th century, jiaozi-exchange places appeared in Chengdu city, and coins were soon replaced by the paper-made jiaozi.

Three of the four great inventions of ancient China - gunpowder, movable-type printing, and the compass - were greatly improved during the Song dynasty, and made a massive impact on the world.

Gunpowder One of the revolutionary contributions of the Song dynasty was gunpowder, for use in guns and explosives, rockets, bombs, and chemical-warfare weapons. After the year 1258, when gunpowder weapons were brought into Arabia, Europeans found out about gunpowder from Arabian books.

Movable-Type-Printing After woodblock printing was invented during the Tang Dynasty (618-907), printing continued to improve in its materials and technology. During the Song dynasty, a contemporary printer manufactured and used movable-type. This became a major development in the history of world printing.

Compass The huge need of the maritime industry stimulated the progress of magnetic-pointing instruments. Before the Song dynasty, people had explored methods of artificial magnetization and how to use magnetic needles. During the Song, they made further significant progress with the invention of the compass and its widespread application.

Certain habits originated during the Song era, which has persisted right up until modern times. These include living in large urban environments, brushing teeth, and eating three meals a day.

It was during this time that people learned how to live in some of the world’s largest urban centers, such as Hangzhou and Kaifeng. These cities were more like modern cities, without walls around them to provide protection.

What Kind of Lifestyle Did People Have During the Song Dynasty?

During the Tang Dynasty people were less free, because there was a strict policy of separating commercial and residential areas. So in the evenings, markets, stores, and restaurants closed, and roaming the streets was forbidden. Things were totally different, however, during the Song Dynasty, when there were stores everywhere, and people were free to enjoy the nightlife.

Clothing in the Song dynasty was not colorful or luxurious. Thrift was a generally agreed virtue, so most clothes were simple and frugal. Clothing was made of hemp or cotton and restricted to simple colors like black and white. Farmers, soldiers, artisans, and merchants could wear trousers. Wealthy merchants might wear ornate clothing and male blouses.

Along the River During the Qingming Festival, drawn by a painter in the Song period, shows nearly 100 buildings. Half were food stores, restaurants, and tea houses. So, if you traveled back to the Song dynasty, you would not need to worry about eating.

Food culture was different in northern and southern areas. People from the north liked to eat mutton and wheaten food, while the southern people used to eat fish and rice.

At midday, if you were rich enough, you could go to a restaurant. When you walked in, the waiter led you to your seat and gave you a menu. There were plenty of dishes. Appetizers included various fruit, sweetmeat, and jerky. You could choose a main course from various meat dishes such as seafood, mutton, chicken, and rabbit, cooked using a variety of methods.

Fascinating dishes were matched by fascinating wines. There were nearly 100 wines in the Northern Song era (960-1126 AD) and over 50 wines in the Southern Song era (1127-1279 AD). Most wines were glutinous rice wines and fruit wines with low alcohol, so they would not get you drunk. In the heat of summer, iced drinks and juices were acceptable.

During the Song era, different classes (peasants, ordinary citizens, high officials and noble lords) lived in diverse houses. If you were an ordinary civilian, you had to live in a thatched house in a rural area or a tile-roofed house in an urban area. If you were a nobleman, you could have your own private garden with a fantastic combination of natural and artificial beauty.

The Song Empire was familiar with convenient transport. There were three main forms of transport: bulls, donkeys, and sedan chairs. Nobles tended to use sedan chairs, while scholar-officials tended to ride donkeys or mules.

Horses were also used for transport, but they were rare. At the time they served as a modern taxi: you could call for one and rent it, to go wherever you needed to go.

With the prosperity of cities, the population became larger. You were able to enjoy leisure time without electronic devices! You could visit parks and gardens and go to wazi (entertainment districts) to watch performances.

During the season when flowers bloomed and trees sprouted, people got used to going to parks and climbing mountains to get close to fresh nature.

If you want to appreciate such wonderful gardens and natural scenery, you can take our 8-day Elegant Water Town and Yellow Mountains Tour, instead of going back to the Song dynasty. During 8 days in China, you can see classic Chinese gardens and spectacular works of nature.

As darkness fell, nightlife started. Only in the Song era were people able to go out at night without punishment. Cities were brilliantly illuminated throughout the night. The songs of singing girls and music of instruments continually filled the ears.

Wazi – entertainment facilities – were great places for killing time. There were a lot of big and small wazi in cities. Each wazi was separated into many circular places, offering a variety of performances. There were at least 2 seats and at most 10 in every circular area. At these amusement centers, you could watch acrobatics, martial arts, and operas.

Sadly it is unlikely we can invent the time machine and go back to the past. Chinese people’s living styles, however, are still much influenced by the Song dynasty, and much historical heritage remains. Destinations highlighting culture and history, such as Beijing, Xi’an, and Hangzhou, feature among our Top 10 China Tours, for any who are eager to find out more.

Back to Chinese History