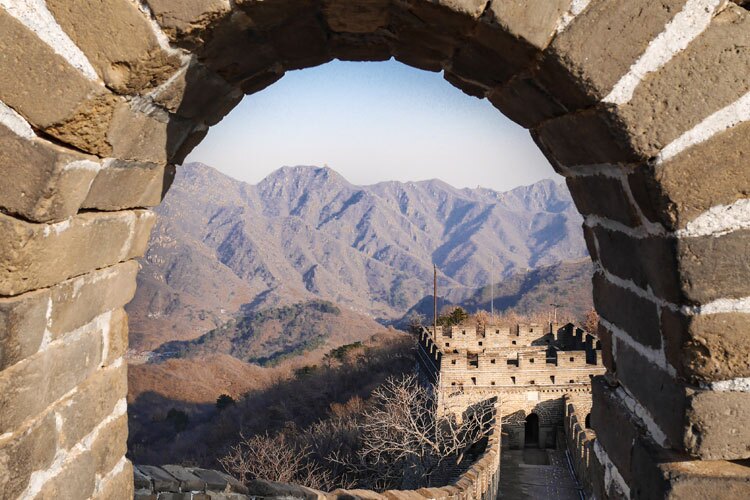 No discussion about Chinese culture is complete without mention of the Great Wall. This fortification impresses people not only with its unparalleled scale and span but also with its rich cultural stories.

Initially built as a defense system, now the Great Wall is one of the most renowned symbols of China. The profound legacy of this great achievement has tremendously enriched Chinese culture, and numerous related legends and stories handed down from generation to generation attract tens of thousands of visitors from near and far, every year.

Among the many legends of the Great Wall, the story of Meng Jiangnu is the most moving. During the reign of the First Emperor of the Qin Dynasty, a girl named Meng Jiangnu married her husband Fan Xiliang. Unfortunately, Fan Xiliang was captured and sent to help build the Wall less than three days after their marriage.

Meng Jiangnu waited eagerly for her husband’s return but heard nothing from him. She missed Fan Xiliang so much that she decided to look for him. After traveling many miles, she finally got to the Wall, only to be informed that her husband had died and was buried under the fortification.

Meng Jiangnu was so heartbroken by the news that she wept for a total of 49 days. Finally, God was moved by her grief and made the Wall collapse in order for her to find the corpse of her husband.

2. The Legend of the Fortress of Happy Encounters

The Fortress of Happy Encounters, namely Xifengkou (喜峰口) in Tangshan, Hebei Province, was named after a legend in the Qin Dynasty (221-206 BC).

It is said that a young man had served in the military, defending the northern border at the Wall, for many years. His elderly father was afraid that he would not get to see his son again before he died, so he set out to the Wall to find the young man.

Luckily, after overcoming many difficulties, they came across each other at Songting Hill. The two men were so happy that they burst into tears of joy.

3. The Legend of Jiayuguan Pass

This legend is about a craftsman named Yi Kaizhan in the Ming Dynasty (1368–1644 AD). He was a master of arithmetic and calculated that the construction of the Jiayuguan Pass would require 99,999 bricks.

Yi’s supervisor, however, did not trust the mathematician and threatened to behead him and punish the other workers with three years of hard labor if there was anything wrong with his calculation.

After the completion of the Jiayuguan Pass, the perverse supervisor was delighted to find one extra brick and was ready to carry out his threat.

Yi responded, however, that the brick had purposefully been added by god. Any movement of it would make the whole wall collapse. Hearing these words, the supervisor dared not take any further action, and the brick can still be found today on the tower gate of the Pass.

The two characters "Jin Tang" (Metal Soup), were carved on a conspicuous rock under the Huanghuacheng section of the Great Wall by Emperor Yongle, who reigned from 1402 to 1424 during the Ming dynasty, to show that it was solid and firm.

These two characters were inspired by the story of a man named Cai Kai, who was in charge of the construction of the Huanghuacheng section. It took him many years to finish the project, which aroused suspicion among government officials.

When accusations of Cai Kai’s extravagant and duplicitous handling of the Wall’s workmanship and materials reached Emperor Yongle, the general was sentenced to immediate execution.

Later, Emperor Yongle sent one of his trusted followers to check the Wall, which turned out to be very solid and firm. So he built a tomb for Cai Kai, commemorating his contribution, and carved the words “Jin Tang” on the rock, to compliment the solidity of the Huanghuacheng section.

The Great Wall was built with a comprehensive warning system involving a beacon tower every few kilometers. These towers were utilized for transmitting messages by burning wolf dung when there was any sign of invasion.

There is a famous legend about the beacon towers from the Western Zhou dynasty (11th century BC - 711 BC). King, You had a very beautiful concubine named Bao Si. He loved Bao Si very much, but she seldom smiled, which upset King You.

One day, King You was advised by one of his ministers to light all the beacon towers and attract all his vassals in a sham warning. Seeing that all the emperor’s vassals were fooled by the beacon towers, Bao Si burst into laughter, and King You was very satisfied with his minister’s idea. He played this trick a few times so that gradually nobody believed the signal anymore.

Later, when the Quanrong Tribe attacked Western Zhou, King You hurriedly set the beacon towers alight, seeking help. No vassals came to his rescue, however. The emperor was killed, and the governance of his country changed hands.

Back to the Great Wall of China