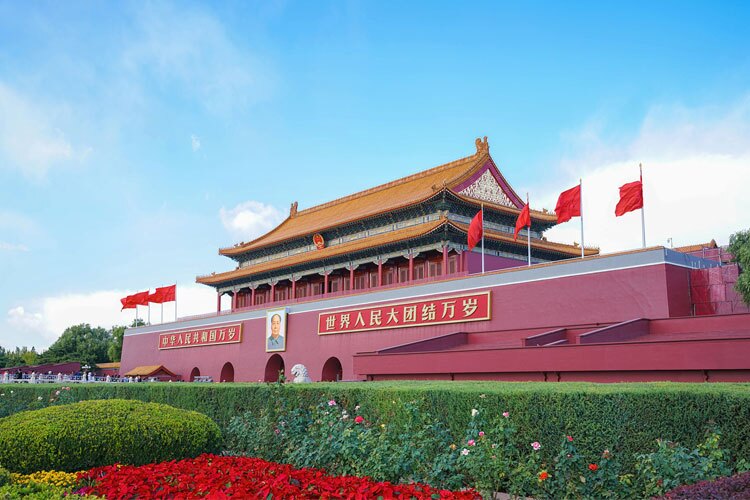 Beijing, which means "Northern Capital" (from the Chinese characters 北 for north and 京 for capital), is the capital of the People’s Republic of China and one of the most heavily populated cities in the world.

Beijing is the second largest Chinese city by urban population after Shanghai -the 2010 census revealed that the official total population in Beijing was 19,612,368- and is the nation's political, cultural, and educational center of China. The Beijing Capital International Airport is the second busiest in the world by passenger traffic.

The city's history dates back to three millennia. As the last of the Four Great Ancient Capitals of China, Beijing has been the political center of the country for much of the past eight centuries.

The city is illustrious for its opulent palaces, temples, gardens, tombs, walls, and gates and its art treasures and universities have made it the heart of culture and art in China. Few cities in the world have been the political and cultural core of an area as immense for so long.

Beijing is unique among most big cities of China since it shows at the same time the characteristics of old and new China. The first facet is seeable not only in the very numerous historic monuments of the city but also in its typical old town districts “Hutong” still very vast.

The fast-moving modern metropolis comes into sight during a walk-in Guomao area in Chaoyang District, the central business district of Beijing, and along Dongdaqiao Road or Jianguo Avenue.

The metropolis is located in northern China and the municipality of Beijing extends over a surface of 16 800 km2. Mountains to the north, northwest, and west shield the city which is close to the Great Wall of China.

Beijing has a rather dry, monsoon-influenced humid continental climate characterized by hot, humid summers and usually cold, windy, dry winters. The monthly daily average temperature in January is −3.7 °C (25.3 °F), while in July it is 26.2 °C (79.2 °F).

The most pleasant months for tourism are May, with an average temperature of 26,4 °C, and  September with 25,8°C. July and August are the months of the year when it is most raining with an average of 10 rainy days during the month.

The earliest traces of human habitation in the Beijing municipality were found in the caves of Dragon Bone Hill near Zhoukoudian village in Fangshan District, where Peking man lived.

It is in 1153 that the city became for the first time the capital of the country as the Jurchen Jin dynasty moved their capital to Nanjing (also known as Yanjing—the city which is now Beijing) renaming it Zhongdu, the "Central Capital". However, it loses its notoriety as the city was besieged by Genghis Khan's invading Mongolian army in 1213.

Two generations later, Kublai Khan ordered the creation of Dadu, a new capital for his Yuan dynasty to be located adjacent to the Jin ruins. The construction took from 1264 to 1293.

In 1368, the rebel leader Zhu Yuanzhang sent an army to Khanbaliq and burnt it to the ground and a new town was established to supply the military garrisons in the area. This was called Beiping. Yingtian (Nanjing) situated some hundred kilometers north became the Ming capital.

The city of Beiping turned into Shuntian– now Beijing- in 1403. The construction of the new imperial residence, the Forbidden City, took from 1406 to 1420; this period was also accountable for several other of the modern city's major attractions, such as the Temple of Heaven and Tian'anmen (although the square facing it was not cleared until 1651).

When everything was finished in 1421, Beijing became the empire's primary capital (Jingshi), and Yingtian – now called Nanjing – lost much of its importance.

By the 15th century, Beijing had essentially taken its current shape. It is generally believed that Beijing was the largest city in the world for most of the 15th, 16th, 17th, and 18th centuries.

Beijing has also been the location of many significant events in recent Chinese history, principally the 2008 Summer Olympics. The city was awarded to host the 2015 World Championships in Athletics.

Beijing is endowed with 6 airports. Beijing's primary airport is the Beijing Capital International Airport about 20 kilometers northeast of the city center. Other airports in the city include Liangxiang, Nanyuan, Xijiao, Shahe, and Badaling.

These airports are primarily for military use and are less well known to the public. Nanyuan serves as the hub for only one passenger airline. A second international airport, to be called Beijing Daxing International Airport is currently being built in Daxing District and is expected to be open by 2017

The Beijing Subway is the second longest subway system in the world and there are nearly 1,000 public bus and trolleybus lines in the city including four bus rapid transit lines. In addition, numerous taxis circulate in the city all day and night long.

Beijing has long been well known for the number of bicycles on its streets. Although due to the rise of motor traffic bicycle use has declined, bicycles are still an important form of local transportation. Large numbers of cyclists can be seen on most roads in the city, and most of the main roads have dedicated bicycle lanes.

From Tiananmen Square, right across from the Forbidden City, there are several notable sites, such as the Tiananmen, Qianmen, the Great Hall of the People, the National Museum of China, the Monument to the People's Heroes, and the Mausoleum of Mao Zedong. The Summer Palace and the Old Summer Palace both lie in the western part of the city. Among the best-known religious sites in the city is the Temple of Heaven (Tiantan), located in south-eastern Beijing, a UNESCO World Heritage Site, where emperors of the Ming and Qing dynasties made visits for annual ceremonies of prayers to Heaven for a good harvest.

The Cathedral of the Immaculate Conception, built in 1605, is the oldest Catholic Church in Beijing. The Niujie Mosque is the oldest mosque in Beijing, with a history stretching back over a thousand years.

Beijing contains several well-preserved pagodas and stone pagodas, such as the towering Pagoda of Tianning Temple, and the Pagoda of Cishou Temple. Historically noteworthy stone bridges include the 12th-century Lugou Bridge, the 17th-century Baliqiao bridge, and the 18th-century Jade Belt Bridge. The Beijing Ancient Observatory displays pre-telescopic spheres dating back to the Ming and Qing dynasties.

The Fragrant Hills (Xiangshan) is a popular scenic public park that consists of natural landscaped areas as well as traditional and cultural relics. The Beijing Botanical Garden exhibits over 6,000 species of plants. The Taoranting, Longtan, Chaoyang, Haidian, Milu Yuan, and Zizhu Yuan parks are some of the notable recreational parks in the city. The Beijing Zoo is a center of zoological research that also contains rare animals from various continents, including the Chinese giant panda.

Located at the outskirts of urban Beijing, but within its municipality are the Thirteen Tombs of the Ming Dynasty, the sumptuous burial sites of thirteen Ming emperors, which have been designated as part of the UNESCO World Heritage Site Imperial Tombs of the Ming and Qing Dynasties. The archaeological Peking Man Site at Zhoukoudian is another World Heritage Site within the municipality containing a wealth of discoveries, among them one of the first specimens of Homo erectus and an assemblage of bones of the gigantic hyena Pachycrocuta brevirostris.

There are moreover several sections of the UNESCO World Heritage Great Wall of China Site most particularly Badaling, Jinshanling, Simatai, and Mutianyu.

Wangfujing Dajie is situated at East Tiananmen's door; Wangfujing Street dates back to 500 years and is a very animated commercial artery.

Qianmen is the oldest shopping street of Beijing existing since the beginning of the Ming dynasty and is gifted by hundred stores offering a big variety of goods. Xidan is located West Tian'anmen door; this district consists of Xuanwumennei Dajie and Xidan Beidajie streets.

Back to China Travel Guide