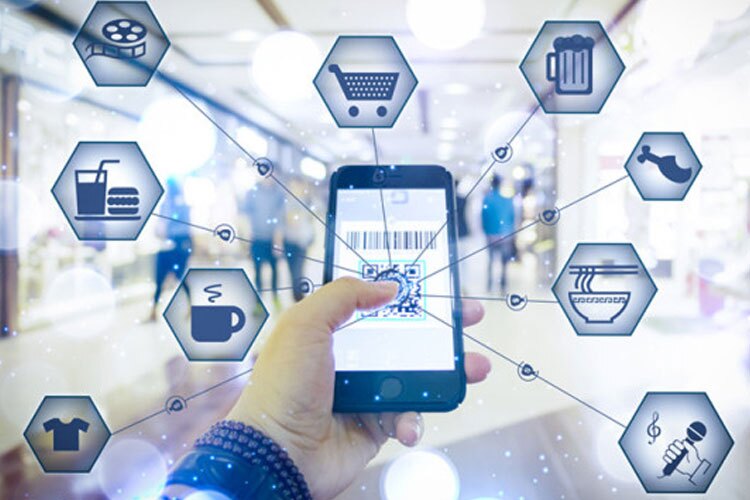 As everyone knows, the Four Great Chinese Inventions in ancient times (printing, paper making, the compass, and gunpowder) were among the most important technological advances at that time. But things have been changing nowadays. The four great new inventions of China in modern times are Alipay, high-speed train, online shopping, and bike-sharing. Quick check how they make people’s lives easier and simpler.

The four great inventions of contemporary China (high-speed rail, Alipay, bike-sharing, and online shopping) are leading a new trend in convenience and efficiency, and are changing the livelihoods of Chinese people.

Although the technologies of these new inventions did not originate in China and were first devised decades ago, China has outpaced other countries in its widespread adoption and adaptation of all of the four technologies.

China is demonstrating its prominence in the industrial and technological revolution via these new inventions. Foreign tourists find that these new inventions pervade the country. As you make your travel plans, keep in mind the four things China does better than anywhere else:

Alipay (China’s version of PayPal) is a payment app with many practical and convenient functions, and it is the first third-party payment platform. There are more than 270 million active users of Alipay’s digital wallet, Alipay Wallet.

In China, consumers can pay their bills via Alipay in most shops or even at some small stalls. People do not need to take purses or wallets out with them — a cell phone can tackle everything. People can use digital money instead of cash, and because there is no need for cash anymore, ATMs are now out of date.

The convenience of the Alipay

In addition to providing a payment facility, money transfers, savings, and other basic functions, users can use this app to pay their credit card debts and utility bills, buy train and bus tickets, shop online, and reserve a hotel suite.

People can enjoy hundreds of lifestyle services through an intelligent voice robot, such as consumption discounts, money management, and credit accumulation.

There are so many payment methods. Quick payment means that payment institutions cooperate with banks to form an efficient, safe, and dedicated payment system. In China, taking a taxi, buying a bottle of water, and even paying for electricity and gas can be accomplished through a cell phone.

Although eBay and Amazon have been around for many years outside China, the Chinese are indulging in online shopping. Chinese people who love to shop online are becoming shopaholics.

Jack Ma created the first online shopping platform, Alibaba, and its subsidiary Taobao in China, which ushered in a new era of online purchases.

Taobao (China’s version of Amazon) is a very prevalent shopping website in China. You can buy almost anything from Taobao. If you buy a commodity from Taobao, your goods will reach your destination in 3 days.

Want to travel cash-free? Now you can!

Overseas travelers used to find it difficult to pay with Alipay in mainland China because Alipay required users to provide a Chinese bank account and a local mobile phone number for registration. Now with the new "Tour Pass" program, international visitors can simply download the Alipay App and make e-payments for up to 90 days without requiring a local bank account or local mobile phone number.

You don’t need to worry about how much cash to bring when traveling in China anymore. From high-end restaurants to wet markets to street vendors, just show your QR code and pay the bills!

With 1.4 billion people crammed onto China’s mainland, a quick and highly efficient vehicle was invented by the Chinese. At present, China has about 25,000 kilometers of railways and the world’s largest high-speed rail (HSR) network.

What’s so good about China’s HSR?

High-speed railways are specifically designed for high-speed trains, which are also called bullet trains. China may not have invented HSR, but the country is making it faster, better, and more far-reaching.

The HSR network in China covers most of its major cities. It is very convenient for travelers to go to different destinations quickly.

Chinese high-speed trains not only run quickly but are also very stable. A video clip showing a coin standing steadily on a table when a high-speed train sped up is prevalent on the Internet.

Chinese HSR has many advanced technologies, offers excellent services, and has cost-effective advantages. When traveling, transportation is as important as a hotel. High-speed trains offer you a comfortable environment and trips are less time-consuming.

High-speed trains provide different local cuisines and specialties for travelers. For example, a train that is bound for Shenzhen provides Cantonese food. You even can order a meal before boarding your train. Click China Train Ticket Service to book a train ticket and start your high-speed-rail travel!

High-speed rail has different standards in different countries. China’s National Railway Administration defines Chinese high-speed rail as the design that trains can operate at more than 250 kilometers per hour (in reserve).

Trains operating on the railways at more than 200 kilometers per hour are called high-speed trains, according to the definition of the National Development and Reform Commission.

Electronic payments were not invented in China but China has developed them in terms of user numbers and seamless technology. Alibaba’s Alipay and Tencent’s WeChat Pay are leading the charge toward a cashless society. The rapid development of China’s non-cash society is beyond imagination.

China has surpassed the United States of America and has become the most popular overseas online shopping country in the world, according to the third global cross-border report. Many years ago, it was said that Chinese entrepreneurs and Internet learners were learning or copying technologies and experiences from Silicon Valley.

Today, that phenomenon has vanished — Silicon Valley is now learning from China about advanced Internet technologies.

Bike-sharing programs have been implemented for decades in European cities, but China has made great progress in revolutionizing how users access bicycles.

This makes Chinese shared bicycles the most convenient and widely spread on the planet. The shared bike concept is developing drastically and prevailing around the world.

The Guardian reported that sharing bicycles in China had the potential to reshape a city’s feel and look. China is an excellent innovator that can be deeply influential to the rest of the world. Chinese shared bicycles have entered overseas markets, and they are named as being a “Chinese innovation”. Until now, about 23 million bikes have been launched in China, with more than 400 million registered users.

To unlock a bike, you need to scan a QR (Quick Response) code on a shared bike via a smartphone app.

For example, your hotel is not too far from a subway station but you are reluctant to go there on foot. Take your cell phone with you, find a ‘yellow bike’, scan the QR code, and then you can go.

You can ride a bicycle along ancient alleys and streets. By bike, you can enjoy the scenery along the road and experience the authentic Chinese lifestyle at close range.

Back to China Guide