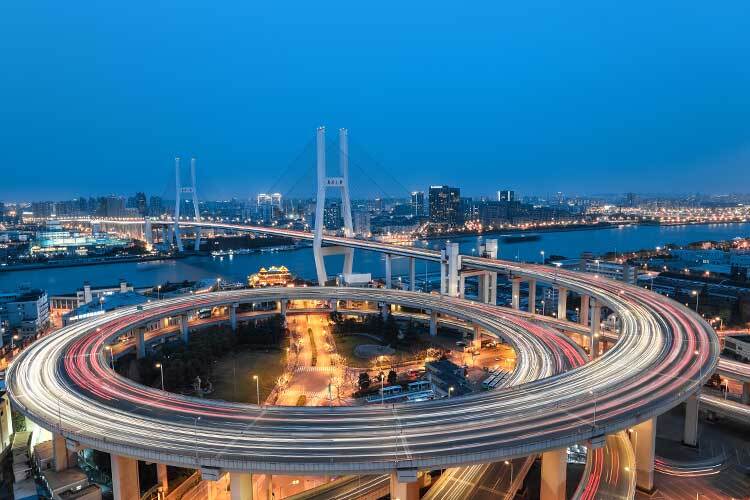 Airlines in China offer safe and comfortable services for travelers. Presently, there are about 1,279 air routes. Among them, 1,035 are domestic, including the routes to Hong Kong and Macau, and 244 are international. Most airlines and airports provide world-class services and facilities. They are all under the charge of the General Administration of Civil Aviation of China (CAAC).

The most popular airports are in Beijing, Shanghai, and Guangzhou. Apart from Hong Kong and Macau, there are over 200 airports in mainland China, connecting more than 100 internal cities and 80 foreign cities.

The following are the major reliable airlines in China:

Children who pay 10% of the adult fare have no free luggage allowance.

Passengers with the following conditions are exempt from paying the fee: Passengers holding diplomatic passports; transit passengers who stop over for less than 24 hours; children under the age of 12.

The train is one of the main means of transportation in China and the national rail network is one of the biggest in the world. The total mileage of railways open to traffic in China amounts to 124 thousand kilometers. The number of passengers transported by train has reached 2.5 billion. Chinese railway service boasts domestic and international operations.

The Chinese railway network is 124,000 kilometers long in total, of which 22,000 km belong to high-speed railways. These railways cover almost every place in China, even remote mountainous areas, plateaus, and the seaside.

A high-speed train is a prime choice among all types of trains as it works at a speed of 250-300 km/h and has a high-standard service. It is also called bullet, fast, or CRH train, with the initial “G”, “D”, or “C” as its serial number.

Tickets of the high-speed rail fall into the second class, first-class, business class, and VIP category. Some overnight D trains offer soft sleepers and luxury soft sleepers. Many D trains provide standing room tickets, the prices of which are the same as second-class seats.

Facilities on these trains are similar to those on an airplane. The seats can always aromatically adjust to the moving direction; the seatback can be adjusted to the desired angle; a foldable small table is available for each seat; electrical sockets are available in each row or compartment. Besides, meals and snacks are provided at a price.

Currently, the high-speed train is denominated as one of the Four Great New Inventions of China.

There are the following international railway routes:

Foreign passengers need to show their passports when buying train tickets in China.

The pre-sale period of China train tickets is 30 days for online and phone bookings and 28 days for buying at train stations and ticket outlets.

Foreigners are recommended to avoid traveling in China by train during its holidays. If one does so anyway, he may have an upset tour experience as train stations and train carriages are so crowded.

Chinese New Year holiday is the busiest time at China railway stations, known as Chunyun. It is the largest annual migration in the world. Generally, it begins 15 days before the Chinese New Year and ends 25 days after. It will be wise to book train tickets earlier or avoid traveling at that time.

China possesses numerous and complex highways at all levels, connecting almost all cities, towns, and countryside. The safety, quality, convenience, and capacity of Chinese expressways have been developed rapidly.

The length of highways in China amounts to 1.18 million km, including 68 national highways and over 1600 provincial highways. The Chinese government is speeding up the development of expressways to promote the economy of China. Beijing, as the capital of China, has 11 national highways, linking with plenty of other cities such as Shanghai, Guangzhou, Shenzhen, Wuhan, Chengdu, Changsha, Taiyuan, and Xian.

Although there is a great highway network in China with a comprehensive service of express buses, it is less recommended to travel by scheduled bus due to uncomfortable conditions and long-time consumption.

On the main axes connecting big cities, the "VIP" bus (Gaokuai Daba) is equipped with air conditioning and with leaning seats. On the night routes, there are also bus-couchettes (Wopuche).

Outside main trunk roads, the traffic is assured by minibusses (zhongba) or small vans. Less comfortable, they often leave only when they are full. The bus journey can be testing, especially if the passengers smoke. Nevertheless, it is a unique experience.

China has 110,000 kilometers of navigable rivers, streams, lakes, and canals, more than any country in the world. The Heilong Jiang; Yangtze River; Xiang River, a short branch of the Yangtze; Pearl River; Huangpu River; Lijiang River; and Xi Jiang are the main ones.

The Grand Canal is the world’s longest canal at 1,794 km and serves 17 cities between Beijing and Hangzhou. It links five major rivers: the Haihe, Huaihe, Huanghe, Qiantang, and Yangtze. The construction of new railways and highways has diminished the use of China's rivers for passenger transport.

Nonetheless, passenger boats are still popular in some mountainous regions, such as Western Hubei and Chongqing (the Three Gorges area), where railways are few and road access to many towns is inconvenient.

1. Yangtze Cruise: It passes the grand Three Gorges from Baidi (White Emperor Town), Fengjie County in the west to Nanjinguan Pass, Yichang in the east, a total of 193 km. Scenery en route are hundreds of relic and cultural sights and breath-taking natural attractions.

2. Li River Cruise: The 84 kilometers waterway from Guilin to Yangshuo covers some of the finest scenery around the world, which is the main tourist draw in Guilin.

3. Cruise along the Beijing-Hangzhou Grand Canal: Scenery on the way is mainly the unique water villages in south China and China's rolling tranquil countryside.

Many convenient modes of transport are available in urban areas of China. Public buses, metros, taxies, bicycles are the most common options for people to choose from.

In big cities, buses are numerous and the system works rather well. Even if you don’t speak Chinese, you can manage, on condition of taking a map with the names of the streets in Chinese. Do not hesitate to verify the destination with a Chinese traveler.

Tips on Taking a Bus

It requires a little patience and ingenuity because at bus stations, as well as in buses, everything (or almost) is written in Chinese. That’s why trying to pass by a small agency could be a good idea.

Normally, the bus stops at all stops, except when there is nobody waiting. By safety measures, warn the driver of the desired stop.

Pay attention to your belongings which may attract pickpockets.

The larger cities have metro systems in operation, under construction, or in the planning stage. This rapid underground transit is ideal for the Chinese big cities and is unchallenged in its ability to transport large amounts of people at high frequency quickly over short distances, avoiding traffic jams. Shanghai Metro, which opened in 1995, is the longest metro system in the world. Tickets are sold by employees or by automatic machines.

This mode of transport is convenient and not expensive. In big cities, all the vehicles have a meter, almost systematically used. In towns and in the province, ask at your hotel for the current price of a ride. For long routes, it is very well possible to negotiate an interesting all-inclusive price as far as the practiced prices are known. Taxis are everywhere at any time of day and night. You have just to hail them or to call by phone. Generally speaking, the drivers don’t cheat.

Tip: The taxi drivers in China speak only Chinese. Few of them speak English! So it is necessary to have the destination address written in Chinese characters.

China without its numerous bikes is not the real China! Even if cars and motor (or electric) bikes gradually invade big cities, the bicycle, the easiest and most economic style of transportation, still remains the favorite of the Chinese people, at least in the small and average cities.

Bicycle paths follow main avenues. In most cities and places of interest, bicycle renting is offered in specialized stores or directly at the hotel. It is generally necessary to leave one’s passport (a photocopy suffices) or a pledge. Be sure to agree on the price and the duration of the rent. Be vigilant, the Chinese bikes have no light in front (with few exceptions).

Nowadays, the Government provides public bicycle services in many cities to encourage low-carbon traveling. Public bikes can be found in specific places on the streets so that it is very convenient for people to get one. As long as your cell phone has the function of Alipay or Wechat Payment, you can easily rent a public bicycle without applying for a permanent card for renting.

China has a huge range of landscapes and there are many different types of transportation for travelers. In the Awesome Yangtze River and Panda Visit tour, the itinerary is chosen for you to experience the typical way in which Chinese people travel.

On this trip, you take a train to see the Terracotta Army in Xi’an and fly to Chongqing to see the lovely pandas; not to mention a short unforgettable cruise on the Yangtze River to visit Yichang. Finally, you take a plane to the modern city of Shanghai.