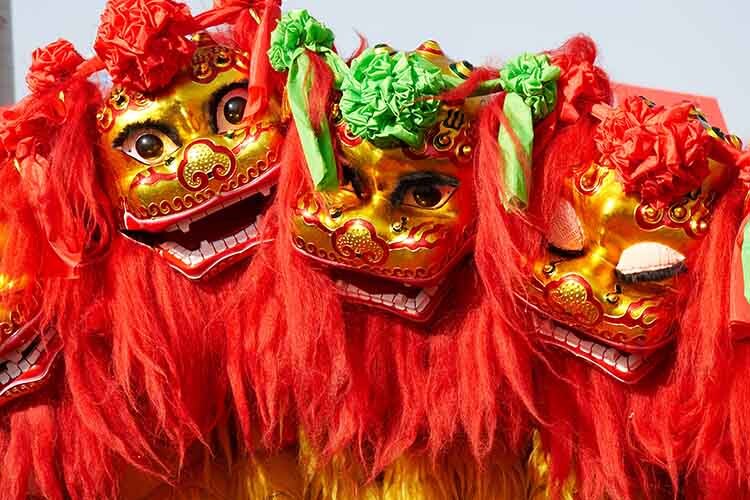 Chinese New Year (Spring Festival) is one of the oldest and most charming festivals in the world. This 5,000-year-old celebration still illuminates modern-day life and has gradually gone global in recent years. So how do people in other countries, overseas Chinese and foreigners, celebrate Chinese New Year?

Singaporeans usually have a two-day holiday for the Spring Festival. During the festival, aside from the usual celebrations like lion dances, New Year's parades, and lantern displays, Singapore has its own unique tradition.

In Singapore, people visit friends with a New Year's gift of two oranges in a delicate paper bag. A guest gives the two oranges to the host when entering the house, to express the double blessings of "good luck" and "great fortune", and the sentiment that "good things come in pairs".

Other customs of Malaysia's Spring Festival are similar to those of China. As in the Minnan language (a Chinese dialect in Fujian and Taiwan), "pineapple" sounds like "prosperity is coming", pineapples are viewed as auspicious fruit at Chinese New Year for Malaysians. Most Chinese people in Malaysia hail from Fujian, so people usually buy pineapples during the festival.

Influenced by its neighbor China, Japan also regards Spring Festival as its most important festival.

Japanese people decorate their houses with pine and cypress. Whole families sit beside a stove, staying up until midnight on New Year's Eve. As soon as midnight arrives, the bells of temples across Japan are struck 108 times, after which people rush to shrines and temples to worship the gods and Buddha.

In addition, there is a product called "福袋 (lucky-dip bag or mystery bag)" in Japan, which is filled with unknown random contents. Merchants usually sell these bags for 50% or more off the list price of the items contained within. The Japanese believe 福袋 can bring good fortune in the coming lunar new year.

South Korea, also belonging to the culture of Chinese characters, has customs similar to China's in regard to the Spring Festival. For instance, Koreans must go home for family reunions once the festival comes around. But there are certain differences as well.

Generally speaking, Chinese people prefer to engage in hustle and bustle. The streets in China are always full of crowds during the Chinese New Year. Koreans are comparatively quiet at Spring Festival, with most shops and businesses suspended.

People of both countries give the younger generation lucky money, but an interesting difference is that the Chinese pack lucky money with red envelopes while Koreans use white ones.

London boasts the largest Chinese New Year celebrations outside Asia, including parades, Chinese costume shows, dragon dances, and lion dance performances. The main parade usually begins at 10:00 am, passing through Chinatown and London city. After the parade, stage performances kick off on Trafalgar Square, along with all kinds of Chinese food and cultural activities.

Other cities in Britain such as Manchester, Birmingham, Liverpool, and Glasgow, have their own festivities to celebrate the Spring Festival.

There are many Chinatowns in the big cities of the USA, including San Francisco, New York City, Los Angeles, Seattle, Boston, Chicago, and Washington, D.C. During the Spring Festival, all the Chinatowns seem as if they are holding a carnival of Chinese culture.

Lunar New Year decorations, lanterns, dragon and lion dances, float parades, and street parties take over the area, making you wonder if you haven't been relocated to China after all.

Not only are there celebrations in the Chinese areas, but Disneyland and Universal Studios in LA also seem as if they are Chinese theme parks during the festival. Special performances, Mickey-shaped red lanterns, and other New Year's traditional ornaments can be seen everywhere in the parks.

In Canada, a country known for its multiculturalism, the Chinese Lunar New Year is publicly celebrated. From Toronto to Vancouver, anywhere there are Chinese embassies or consulates, Chinese diplomats, and local government officials are invited to join in the Chinese New Year Parade and other celebrations, like costume performances and temple-style exhibitions.

Members of Congress prepare many red envelopes to be sent to neighboring citizens. And of course, inside the red envelopes is candy, not money.

Spring Festival has been a statutory festival in Canada since June 2016.

Spring Festival has already become an official celebration in Australia. Major cities throughout the country throw themselves into celebrating this grand Chinese festival.

Yes, Australia is proud to have a dragon boat race during the Chinese New Year (Spring Festival falls during the Australian summer), though China can't.

No matter how lively the celebrations of Chinese New Year are in other countries, they are still not the same as those in China itself. So why not create a Chinese New Year tour and experience the most authentic Spring Festival with us?