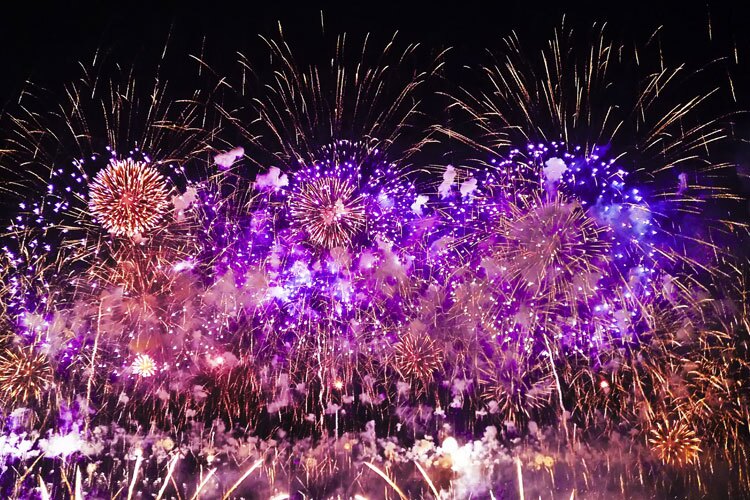 As the most important traditional festival in China, Chinese New Year has many customs, one of which is setting off fireworks. Do you know why Chinese people set off fireworks to celebrate the New Year? Read this article, then you will find answers.

Symbols of Setting off Fireworks during Chinese New Year

Chinese people believe that fire and loudness can dispel bad luck, and scare away evil spirits.

Fireworks are not only set off on New Year's Eve but also on New Year's Day, the fifth and the fifteenth day of the new year (Lantern Festival). Setting off fireworks at a specific time has a different meaning.

Before New Year's Eve dinner: People will set off firecrackers before having a family reunion dinner on the evening of New Year's Eve. The sound of fireworks is an invitation to ancestors, asking them to enjoy this reunion time.

At 12:00 PM on New Year's Eve: People will stay up late on Chinese New Year's Eve. Setting off fireworks at the midnight is to scare away evil spirits and celebrate the coming of the new year.

On the fifth day of New Year: The fifth day is known as 破五 pò wǔ ("pò" means "to break"). Many taboos can be broken on this day. Setting off fireworks is to dispel bad luck.

On the fifteenth day of New Year: The fifteenth day is known as the Lantern Festival, setting off fireworks means the end of Chinese New Year, and it symbolizes people's good wishes for the future.

The Legend of Setting Off Fireworks

Once upon a time, a monster called Nian ("Nian" means "Year") would come out to eat people and destroy their crops on the night of Chinese New Year's Eve.

People learned by accident that Monster Nian feared fire and loud sounds, so they burned bamboo stems to scare off Nian on New Year's Eve. The air inside the bamboo tube was heated and expanded, it will burst and make a loud noise. From then on, Nian never comes back, and setting off fireworks became a tradition of Chinese New Year.

The History of Fireworks

Fireworks originated from gunpowder which was originally invented in ancient China.

Before the invention of gunpowder, people burned bamboo stems to create small explosions in the Han Dynasty (202 BC – 220 AD).

After being invented in the Tang Dynasty (618- 907 AD), gunpower led to a radical change in the age-old custom of burning bamboo. People set off gunpowder in the bamboo tube for a louder sound. At this time, the firework was called 爆竿 (bào gān). "竿" means bamboo and "爆" means explosion.

During the Song Dynasty (960 – 1279 AD), gunpowder developed into fireworks for entertainment purposes. Fireworks wrapped in rolls of paper with gunpowder appeared. At this time, the firework was called 炮仗 (pào zhàng) or 鞭炮 (biān pào). "炮" means gunpowder.

In modern times, the firework is not only a noise-maker but also a flower cracker. People add some metal elements to fireworks to enhance the flame reaction. In this way, the fireworks burning with colored flames and sparks are as beautiful as a flower, also it is also called 烟花 (yān huǎ). "花" means flower.

For the sake of safety and environmental protection, many cities across China have imposed bans or restrictions on the use of fireworks. Generally speaking, setting off fireworks downtown is forbidden, people can only set them off in the suburbs or view the fireworks display organized by the government.

Hong Kong, Macau, and Taipei are good places to enjoy fireworks. Feel free to contact us for more information.