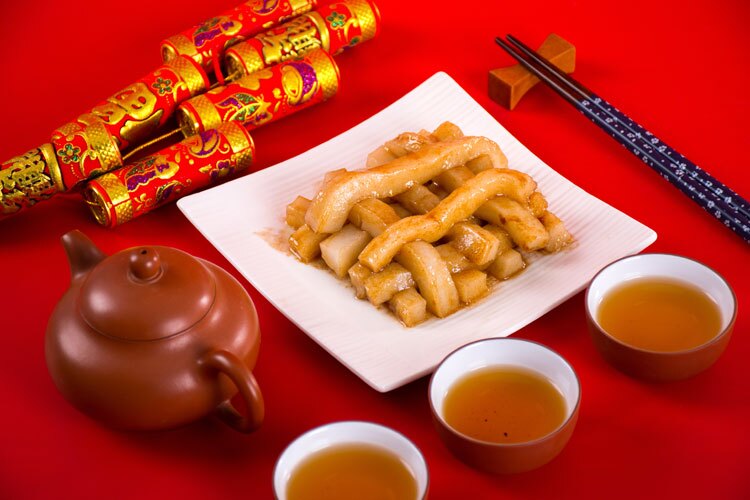 Nian Gao is a homonym for "higher year" which means a better life and luck in the coming year.

There are many different recipes for Nian Gao in China.

In southern China, Red, green, or purple rice cakes made from vegetable dye are common. The taste can be sweet, spicy, and salty.  They are usually cooked with vegetables and meat.

Traditional Nian Gao is usually made from glutinous rice flour, sugar (or salt), and water. It is very easy!

You can add other food ingredients such as jujube, peanuts, or sesame on the top of Nian Gao for extra flavoring or decoration.

1. Chinese people usually put some red paper on top of the Nian Gao. It is a traditional way to show good wishes, so don't be surprised.

2. Don't eat too much at a time as Nian Gao is made from glutinous rice flour, it is hard to digest.

3. Store Nian Gao in a dry and cool place. It can be stored for a long time (half a year) in the refrigerator. Just reheat it with a steamer or microwave when you are ready to eat.

15Facts You Should Know About CNY