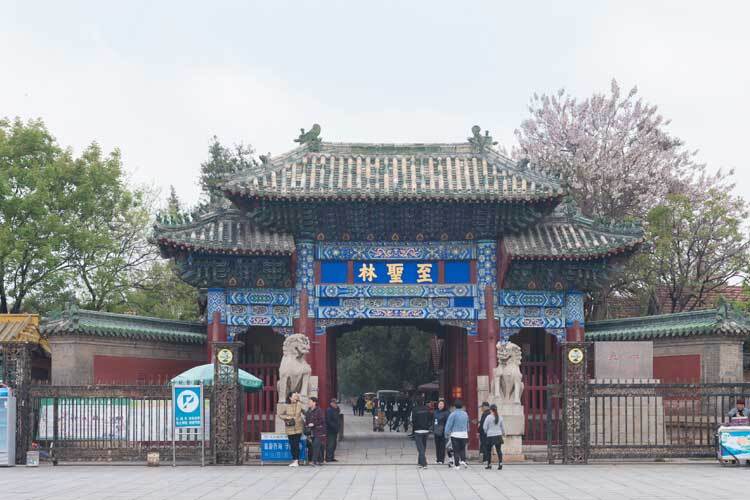 Rituals and Practices in Ancient China

Ancient people believed certain practices would bring them good or bad luck. So they did what they thought was good for their fortune and avoided those which were thought bad for them.

The Worship of Heavenly Bodies

Worship of Heavenly Bodies, which can be traced back to the Zhou Dynasty (BCE 1027-221), is also referred to as the Border Sacrifice, specifically, the Southern Border Sacrifice, as it took place on the country's southern border. The sacrifice was to Shangdi, or the Supreme Ruler of the universe (the heavens), the Supreme God of the ancient Chinese, and was held on the day of the winter solstice.

In ancient times, Chinese people attached great importance to the worship of the heavenly bodies - the sun, the moon, the planets, and the stars, and also the earth.

The Worship of Earth

The Summer Solstice marks the day dedicated to the worship of the earth. It is the northern border counterpart to the Southern Border Sacrifice, thereby completing the religious-political Border Sacrifice ceremony. During the Han Dynasty (BCE 206 - CE 220), the god of the earth was called Mother Earth. She was said to be the goddess who conferred blessings on human beings. She is also known as the God of Land.

The worship of earth from the earliest times in China was associated with human sacrifice. However, after the installation of the Han Dynasty, this practice was abolished (it had earlier been roundly criticized by Confucius (BCE 551-479), but to no avail). The etiquette of earth worship also includes the worship of mountains and rivers, the worship of the soil god, the worship of the millet god, etc.

The practice of ancestral worship in ancient China was a product of the close linkage of the present to the past, via familial lineage. The ancestral temple was the edifice that was erected to house the deceased during their sojourn to the next world.

For persons of importance, the ancestral temple was a separate edifice, or group of edifices, depending on the individual's rank in society, with ordinary folk being consigned to reserve a small shrine area in the home in honor of their ancestors.

Although human sacrifice had been abolished during the Han Dynasty, cemeteries and ancestral temples continued to be built in honor of the emperors of past dynasties.

The Hongwu Emperor (Hongwu being the reign (CE 1369-1398) of the first Ming Dynasty (1368-1644) emperor), whose given name was Zhu Yuanzhang but whose name after his death was Taizu (his ancestral temple bears this name), was the first to establish ancestral temples representing all of the emperors of all past dynasties in the capital city, Beijing.

During the period of the Ming emperor Jiajing (1521-1567), ancestral temples were built inside the Fucheng Gate of Beijing to worship the entire lineage of deceased emperors, thirty-six in all.

Worship of Ancient Sages and Masters

During the Han Chinese reigns of the Northern Wei (CE 386-533), the Eastern Wei (CE 534-549), and the Western Wei (CE 535-557 ) Dynasties, Chou Kung (alternatively, Zhou Gong, or the Duke of Zhou) who, 1500 years earlier, rather than assume power himself had magnanimously served as regent in the place of his nephew, King Wu of Zhou's son, whose father had died in BCE 1043, only three years after defeating the Shang Dynasty (BCE 1556-1046), was worshipped as an ancient sage while Confucius (BCE 551-479) was worshipped as an ancient master.

Later, during the Tang Dynasty (CE 618-907), Confucius was greatly revered as an ancient sage while Yan Hui (BCE 514-483) - the impoverished but favorite disciple of Confucius whose literary name was Ziyuan but who was mainly known as Yanzi, or "Master Yan" - was revered as an ancient master.
During the Northern (CE 386-588) and Southern (CE 420-588) Dynasties, the Confucius Ceremony was held twice yearly, in spring and autumn. Temples dedicated to the lives of Confucius and Yan Hui were also established in imperial colleges in all parts of the country. During the Ming Dynasty, Confucius was called 'the sagest master'. During the Qing Dynasty, Confucian temples were also established in Shengjing (present-day Shenyang City of Liaoning Province).

After the capital of China was relocated to Beijing, the imperial college in the capital city was established as the Tai (Tai Chi Chuan) university. Moreover, the temple of literature was founded in Beijing, and Confucius was called 'the great accomplished and sagest Master Wenxuan'.

The ancestral temple system and the sacrificial vessels, musical instruments, and etiquette in general governing Qufu (the legendary birthplace of Confucius), were subject to the standards of Beijing Tai University. The solemn atmosphere of the Chinese tea drinking ceremony is directly related to a reverence for the ancient Chinese sages and masters.

According to legend, Zhou Gong annotated the 64 hexagrams that were the basis for the I Ching, established the Rites of Zhou (an ancient ritual text, or utopian constitution, that was considered as one of the classics of Confucianism 1500 years later), and also created the Yayue, or the earliest form of Chinese classical music.

The Confucius Ceremony was the name given to the ceremony for offering sacrifices to the 'Supreme Sage and Teacher', Confucius. It was treated as an auspicious event, one of the five Rites of Zhou whose purpose was to initiate contact with the gods (the other Rites of Zhou were designed to welcome guests, to honor the military, to offer praise, and to appease evil spirits).

When a subordinate pays a formal visit to his superior, he must observe obeisance. When two officers meet, they both bow simultaneously, with hands clasped. When a gong (duke) and a hou (feudal king), or a gong and a fuma (the son-in-law of an emperor), or a hou and fuma meet, they must pay obeisance twice.

All of the rites related to birth, from the praying for the inception of a child when a woman is not yet pregnant to the time when the baby has reached the age of one full year revolve around the theme of a long life. The sequence of rites after the birth of the child are Sanzhao (three days after birth), Manyue (a full month after birth), Bairi (one hundred days after birth), and Zhuazhou (a full year after birth).

At the Bairi rite, the uncle on the child's mother's side will be identified, and the child will be given a name. When a child is a full-year-old, the rite of Zhuazhou is performed in order to predict the child's future luck, or destiny. This rite is performed by having the child randomly, and of its own volition, pick up items from an array of symbolic items placed in front of and within reach of the child.

This is chiefly a British term, but a similar concept is probably common to many other older European cultures. Its closest American counterpart is no doubt the "baby shower", where guests give gifts to the parents in expectation of the imminent birth of a child.

The coming-of-age ritual, also called the capping rite, is the rite of granting a hat to a young man that closely resembles an adult male's hat. The capping rite evolved from the puberty rite which both male and female youths took part in when they began to mature and was especially prevalent in a matriarchal society. The Han Dynasty (BCE 206-CE 09 (Western) - CE 25-220 (Eastern)) followed in the footsteps of the capping rite system of the Zhou Dynasty (BCE 1027-221).

In many national minority areas of China, however, the ancient coming-of-age ritual has been preserved to this day, including ceremonial rites such as pulling out a tooth, dyeing one's teeth, wearing a skirt, wearing trousers, and arranging one's hair into a clublike mass.

The feast of the Banquet Ritual is held in the Tai Temple. Tailao (i.e., the meat of the three livestock: the ox, the sheep, and the pig) is prepared and served to guests. The emphasis is on the reciprocity of etiquette rather than on dining. The worshipping ceremony in honor of Emperor Yan, considered as one of China's first ancestors, is namely a banquet ritual. The rite of Yan is held in a bedroom palace.

The guests of honor may drink to their hearts' desire at this banquet. The rite of Yan has had a profound influence on the development of Chinese dining culture up to the present. The widespread custom of holding a banquet on festival days such as the rite of Yan has done its part to strengthen the festive spirit of the communal dining culture that the visitor to China witnesses throughout the country.

Eating specific dishes on specific festival days is an integral part of the dining etiquette surrounding the Chinese banquet ritual. The seating order at a banquet, the order of the serving of dishes, and the etiquette of proposing a toast are all subject to the requirements of gender, seniority, and age in this complex banquet ritual where one prays for blessings and discreetly avoids taboos.

Come up Close to the Rituals in China

China has a variety of traditional and ancient rituals which are often related to ancient buildings. In Beijing, the Temple of Heaven near the Forbidden City was used to offer sacrifices to the gods. In Xi’an, the Wild Goose Tower was built for Buddhism. Even in modern Shanghai, the City God Temple is the ritual palace for Taoism.

All these are included in the Essence of China Tour. Joining this tour, you can unravel the mysteries of ancient Chinese rituals and enjoy the beauty of the ancient buildings.

Back to Chinese Culture