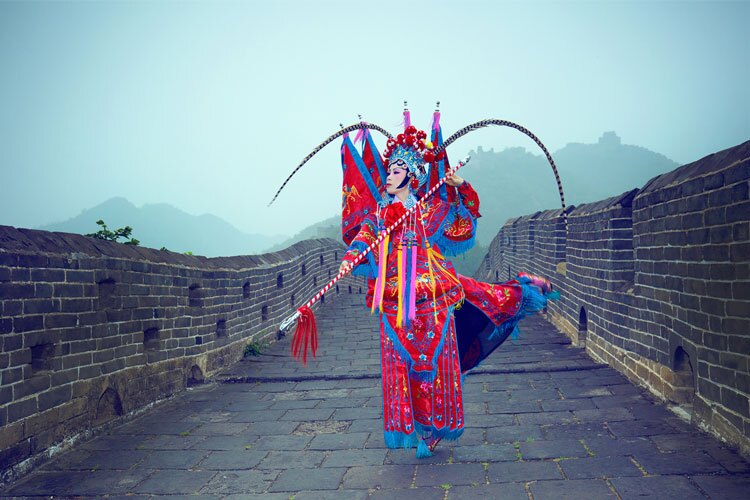 As of 2021, 42 Chinese elements were inscribed on UNESCO's World Intangible Cultural Heritages List.

To focus the foreign visitor's attention on this unique culture and customs, a catalog of major UNESCO World Intangible Heritages in China is listed below, with links to specific web pages that provide in-depth information concerning each intangible heritage.

Kunqu Opera is believed to be the origin of all the other Chinese operas, and it has also been considered to be a kind of art that appeals to highbrows only.

Inscribed on UNESCO's World Intangible Cultural Heritages List in 2010, the Beijing Opera of China is a national treasure with a history of 200 years.

As the youngest "old" opera in China, Yueju Opera becomes a fixture on China's cultural landscape.

Tibetan Opera ("Ace Lhamo" in Tibetan), is an ancient art form in Tibet that boasts a history of more than 600 years.

Paper-cut is the art of cutting designs in the paper (black, white, or colored), then gluing them to a contrasting surface or a transparent surface.

Calligraphy is a traditional art unique to China. It is not only a tool of cultural communication but an artistic treasure with shining and extraordinary splendor.

For thousands of years, acupuncture and moxibustion therapies have been popular as methods of preventing and treating diseases.

Falling on the fifth day of the fifth lunar month, Dragon Boat Festival is also known as the Duanwu Festival in China. It was established to commemorate the patriotic poet Qu Yuan.

Qiang New Year festival is a traditional festival of the Qiang ethnic minority in Sichuan Province. During the festival, Qiang people celebrate harvests and pray for prosperity, and thus enhance social and familial harmony.

Traditional Li textile techniques were created by women of the Hainan Li Ethnic minority group. It comprises spinning, weaving, dyeing, and embroidering, and cotton thread, twine, and other fibers are used to make clothes and daily supplies.

The 24 Solar Terms were developed by farmers in ancient China through observation of the sun's annual motion. They are used to mark the seasons, weather, and natural variations.