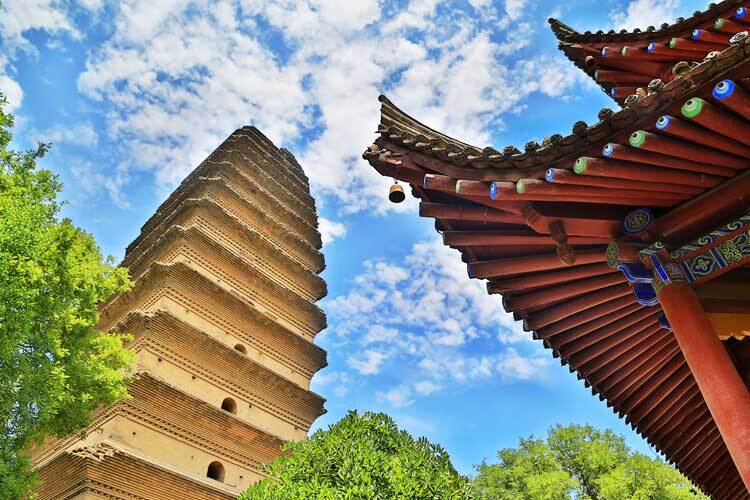 Top 11 Things to Do in Xian

Shanghai illustrates the new China while Xi’an stands for China’s long history. As the ancient capital of the 13 dynasties, Xi’an has plenty of sights and interesting places which will unfold its history to travelers. If you are planning a once-in-a-lifetime journey to China, put Xi’an on your list, and if you are about to visit Xi’an, don’t miss the following 11 things.

The Terracotta Army, officially Emperor Qin’s Mausoleum Site Museum, is definitely top on the list of Xi’an travel. The thousands of terracotta warriors and horses were placed in three burial pits for Emperor Qin, the first emperor of China.

Pit #1 is the largest with an airplane-hangar-sized vault. The chariots and infantry warriors here were distributed to form the main force of the army. Pit #2 is smaller but with the greatest variety of warriors including archers, cavalry, and charioteers, in a complex combat formation. Pit #3 is a command center with high-ranking officers.

About 120 km (75 miles) from Xi’an, Mount Hua is well-known for its sheer cliffs and plunging ravines, considered to be the most dangerous mountain in China for trekking.

3. Ride a Bike on the Ancient City Wall

The City Wall in Xi’an was originally built in 1370 and after being restored, it is now the most well-preserved ancient city wall in China. This 13.7-kilometer long and 12-meter high wall surrounds the center of the city in a giant rectangle and provides vantage points to see the entire downtown city from a height.

The walls are very wide- 12 to 14 meters wide on the top, so renting a bike and riding on the City Wall could be safe, as well as a highlight and cool experience. You may find it pretty bumpy when riding on the old original stones but it’s lots of fun.

Muslim Quarter, consisting of several streets, is a gathering place for the Hui people in Xi’an and famous for food culture. Various food stalls are lining the streets and you can find all the local food/snacks here. The must-tries include Cold Noodles (Liangpi), Biangbiang Noodles, Bread and Mutton Soup (Paomo), and Chinese Hamburger (Roujiamo).

Shaanxi History Museum is an excellent place to learn about early Chinese history. There are over 370,000 pieces of historical artifacts in the museum, mainly from 1100 BC to 907AD. Among them, the most precious collections include the bronzes, gold and silverware, tomb murals, and terracotta statues - each tells its own piece of history.

6. Stroll Around the Big Wild Goose Pagoda and Its Beautiful Surroundings

Built in 652, the Big Wild Goose Pagoda was constructed to house Sanskrit Buddhist scriptures which Buddhist scholar Xuan Zang brought back from India. The top of the 7-story pagoda provides a good view of the city. Two hours would allow enough time for a good visit.

Behind the pagoda is a large musical fountain. With colorful lights enhancing the display, it is especially spectacular at night and has become one of the top places for locals and travelers to spend a summer evening. The fountain performs at 12:00 and 21:00 on weekdays and every 2 hours from noon onwards on weekends and public holidays.

The Bell and Drum Towers are two Ming Dynasty buildings (respectively built in 1384 and 1380) in the city center of Xian. A square connects the two towers together. When night falls, the lights of the fountain and Bell & Drum Towers make the place spectacular.

There is a famous and traditional custom here called “Morning Clock and Evening Drum”: The clock in the Bell Tower strikes 24 times at 9:00 am, 12:00, and 15:00, while the Drum Tower has the largest drum in the world, which performs at 18:00 every day.

The Tang Dynasty Show provides a great opportunity for foreign travelers to get to know Xian culture. The show features music and dance of the Tang dynasty (618-907) complete with authentic costumes. The show highlights the eight most popular dances depicting life from the period - the imperial palace, folk, spring outing, or battlefield. The cuisines of the dinner are all designed in an ancient Tang style.

Shadow play, aka shadow puppetry, is an ancient folk drama in which flat puppets are used to perform stories. The puppets are manipulated by folk artists and the performance is accompanied by Chinese instruments and story-telling. Visiting Gao’s Grand Courtyard – a residence built over 400 years ago, you can enjoy a shadow puppet show and learn Chinese paper-cutting there.

Tangbo Art Museum is a heavenly place for art lovers as it displays representative local folk arts and ancient Chinese paintings. There, you can not only explore Chinese art history but you can also have a cultural lesson about holding a brush and painting on paper. The visit and the lesson together will last about 1.5 hours.

Cave dwelling, Yaodong in Chinese, is a traditional house of the people living in altiplano in northwest China. It is significantly “dug-in” to the side of a mountain, making it an older cave-house; newer units tend to be more disengaged from the mountainside. Usually, one family unit consists of three arched openings, and the units are interconnected inside.

Following our local guide and visiting a cave-dwelling family in the countryside, you can have a deep insight into this declining unique house and learn how to make terracotta warriors from a local workshop.

Our Customers in Xi'an

Once the starting point of the Ancient Silk Road leading to the West, Xi’an is one of the top four ancient capitals in the world (the other three are Cairo, Athens, and Rome) and has been globally famous for its long history and rich historic attractions. To help you experience the city deeply and without worry, we’ve worked out several sample tours: