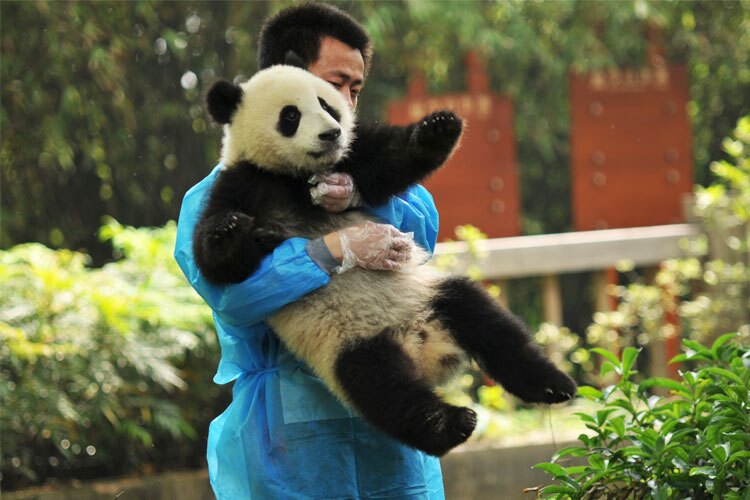 Located between a high plateau region to the northwest dotted with mountains and a central region that is characterized by gentle hills and lush valleys, Chengdu is known as the "Land of Abundance".

Chengdu is not only the hometown of giant pandas; it is also a "City of Gastronomy" recognized by UNESCO and the home of the famous Sichuan Cuisine. A 144-hour transit visa makes Chengdu panda and food tours easier.

Being a large, modern city (population: 9.4 million), Chengdu has all the material comforts that the international tourist demands. A bustling nightlife where one is likely to run across scads of fellow ex-pats (a 2006 article in the Los Angeles Times dubbed Chengdu as "China's party city").

Chengdu is an important city in China's history. Moreover, did you know that:

Chengdu itself doesn't offer many traditional historic or cultural sights of appeal to the tourist. However, the city is not only a regional hub for production and trade - as well as being a regional railway and air-traffic hub - it is also at the center of several nearby regional tourist attractions.

Here are the top 5 attractions in Chengdu or nearby.

Sichuan cuisine is known for its spice and strong flavor, while Chengdu food is one of the representatives. Chengdu is a famous foodie destination where local street food and hot pots abound.

Chengdu food is famous for its unique combination of flavors. Its complex geography of mountains, valleys, plains, and plateaus has diversified its flavors with versatile and unique ingredients.

Vegetables and rice come from the fertile basin, while mushrooms, other fungi, and herbs proliferate in the highlands. The most consumed meats are pork and beef, although rabbit is another common meat in Sichuan. Read more on the best dishes to eat in Chengdu.

Our guides are Chengdu natives; they know what and where is the best place to find authentic Chengdu food from street eats to time-honored restaurants. Book a Chengdu Food Tour with us, you will experience the most authentic Sichuan cuisine!

When is the Best Time to Visit Chengdu?

Chengdu is suitable for travel all year round. Spring (March to June) and autumn (September to November) are always the most pleasant seasons, as the former is refreshing, and the latter is cool.

Giant pandas give birth during August. You have a great chance to see newborn, infant, and baby pandas if you visit the Giant Panda Breeding and Research Base between August and December.

As a transport hub in the southwest area of China and the main access city to Tibet, Chengdu has easily approached thanks to its air routes and railways extending nationwide.

By Air: Chengdu Shuangliu International Airport is one of the largest airports in China. There are 95 international routes and 175 domestic routes to Chengdu.

By Train: Chengdu has direct trains to the major provincial cities of China, such as Beijing, Shanghai, Xi’an, and Guilin.

Travel Chengdu with Us

We have designed some tours to incorporate pandas and Chengdu below. They are all flexible and ready to be customized to meet your interests, schedule, and budget.