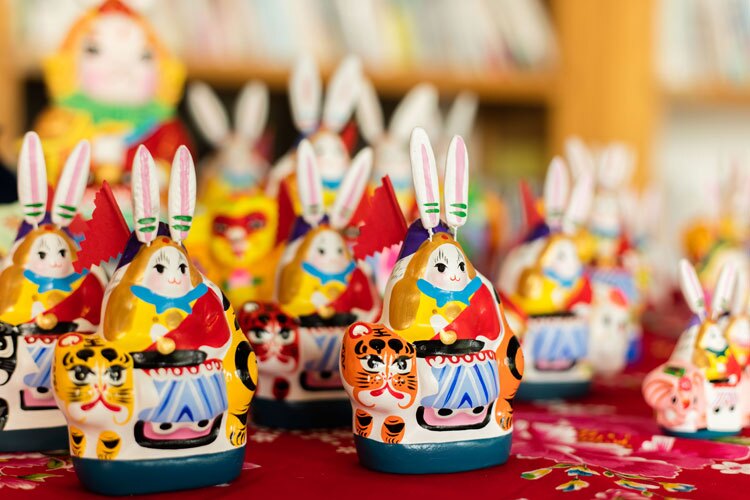 1. Mid-Autumn Festival also known as the Moon Festival and the Mooncake Festival.

Since the festival falls on the 15th day of the 8th lunar month in autumn, it is also called as August Festival (八月节 bā yuè jié) or Autumn Festival (仲秋节zhòng qiū jié).

Mid-Autumn Festival always falls on the 15th day of the 8th lunar month when the moon is the roundest and brightest in the year.

Usually, the Mid-Autumn Festival dates distribute between early September and early October on the Gregorian calendar.

3. Chinese Have a 3-Day Public Holiday during the Mooncake Festival.

The Mid-Autumn Festival was approved as a statutory holiday in 2008. Combined with a weekend break, Chinese people usually have a 3-day public holiday during the festival.

In 2022, the Mid-Autumn holiday is from September 10 to 12. People like to spend time with their friends and family or go on a short trip.

You are advised to avoid traveling during this holiday for fewer tourists and a better experience. If you plan to tour China during this time, make sure you have all reservations done in advance or contact us for help.

4. Mid-Autumn Festival is a Time for Family Reunion.

The Mooncake Festival was a time for a family reunion, like the Chinese New Year.

Nowadays people are busy with their work and maybe don't have enough time to go back home. The 3-day Mid-Autumn Festival holiday gives people a chance to meet their loved ones.

5. Chang E Flying to the Moon Is the Most Famous Story of the Moon Festival!

The legends of the Mid-Autumn Festival are rich, like the Jade Rabbit pounding herbal medicine, and Gu Gang Cuts the Ostmasths Tree.

The most widespread one is Chang'e flying to the moon. Chang'e swallowed an elixir and flew to the moon. Her husband, Hou Yi, displayed the fruits and Moon cakes in the yard and worshipped the Moon Goddess Chang'e on the 15th day of the 8th lunar month every year.

The Mid-Autumn Festival originated from celestial worship. It evolved from the moon worship from the Pre-Qin Period (narrow sense: 2070–221BCE).

Moon worship, with a long history, is a kind of worship activity of the ancient people in some parts of China for the "Moon God". Read on the Mid-Autumn Festival History for more details.

7. Mooncake Festival Is Also Celebrated in Other Asian Countries.

The Mooncake Festival is not only celebrated in China, but also in other Asian countries like Vietnam, Singapore, Malaysia, Indonesia, the Philippines, Japan, and South Korea.

The festival has different names and celebrations in different countries. For example, the Mid-Autumn Festival is called the Lantern Festival in Singapore as people will light lanterns in the evening.

8. The Full Moon Does not Always Occur on Mid-Autumn Day.

Ordinary people usually think the moon is the brightest and roundest at the Mid-Autumn Festival. However, it depends on the moon's orbit around the earth.

The 15th day of the 8th lunar month is not guaranteed to be a full moon night, but the full moon is likely to occur within two days of the festival. Under the clearer sky of autumn, the moonlight is indeed more vivid.

9. Moon Festival was Valentine's Day before.

It was rooted in a legend of the old man under the moon (月老 yuè lǎo ), who is in charge of the love and marriage of all people through his red threads.

In ancient times, unmarried boys, girls, and their parents would worship the moon and pray to the old man for a good marriage on the night of the Mid-Autumn Festival.

10. The Name of China's Lunar Exploration Program Comes from the Moon Festival.

The Chinese Lunar Exploration Program is also known as the Chang'e Project after the Chinese moon goddess Chang'e.

In ancient times, people like to give moon cakes, fruits, and ducks to friends and relatives as gifts.

Now the younger generation tends to celebrate it by sending Wechat red envelopes to their families and friends via their smartphones. There are over 1 billion digital red envelopes were sent over to the Mid-Autumn Festival in 2015.

See more traditions on How do Chinese people celebrate the Mid-autumn Festival.

12. Chinese Like to Admire the Moon on the Hill or by a Lake!

The other one is walking by a lake to enjoy the moon and the beautiful reflection of the moon. For example, West Lake in Hangzhou, Elephant Trunk Hill at the bank of Li River, Victoria Park in Hong Kong, etc.

13.  Moon Cakes Are Only Eaten at the Mid Autumn Festival.

In ancient times, moon cakes were a kind of snack food. Later, these cakes have been combined with the admiring moon, implying a family reunion.

Since the Ming Dynasty, moon cakes were only eaten at the Mid-Autumn Festival, which was the main offering of moon sacrifice popular among the people.

The moon cake, symbolizing completeness and reunion, is a must-eat food at the Mid-Autumn Festival. The right way to eat it is by sharing a mooncake with the whole family, cutting it into several pieces and everybody takes one.

Sharing the round moon cake among family members signifies the completeness and unity of families.

15. The Largest Mooncake was Heavier than a Suv!

16. Mooncakes Have Hundreds of Flavors!

With the development of the times, in addition to many traditional flavors of mooncakes, there are more and more new flavors.